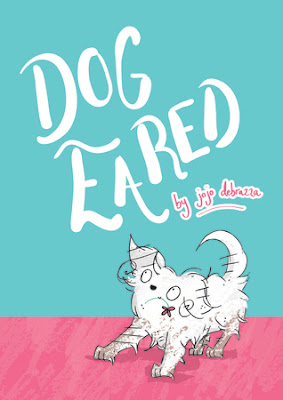 When Sophie’s grandfather moves in to a retirement home, Sophie is delighted to take over responsibility for his super obedient dog, Lector. Her grandfather also gives her two journals for Lector and tells her how important they are. But listening isn’t one of Sophie’s strong points.

Sophie’s dream-come-true turns into a nightmare when the usually well behaved Lector turns super-bad overnight. After midnight on his first night with Sophie, Lector gets himself into all kinds of trouble and leads Sophie into a run-in with the local bully. Dogs in the town have been going missing too. Could there be a dog snatcher on the loose?

Sophie desperately needs Lector to return to his former obedient self, especially when her dad and step-mum-to-be announce, to Sophie’s horror, that they are having a baby.  Lector’s future with the family is in danger. If Sophie can’t retrain Lector before Sophie’s new half sibling is born, he’ll have to be rehomed.

Can Sophie discover the magical secret to training Lector, and keep him away from the dog snatcher, before it’s too late?


Sophie felt like she’d only been asleep for ten minutes when she woke to find it was morning.
“Lector,” shouted Emma. “Come back here with my shoe.”
Sophie opened the curtains and looked down into the small back garden. It had rained heavily overnight. The grass glistened in the morning sun. Even the normally dull concrete path seemed to shine. Emma hopped across the grass towards Lector. She was only wearing one black work shoe. Lector was carrying the other shoe in his mouth.
Lector froze like he was playing musical statues. His front legs were flat on the ground and his back end stuck up in the air. He watched Emma and wagged his tail as she moved closer. Leaning on the wooden shed, Emma reached forward to take the shoe. Lector sprung to the side, just out of Emma’s reach.
Sophie raised her eyebrows, she’d never seen Lector being naughty before, but she couldn’t help letting out a laugh.
Emma looked up. Sophie’s face reddened as she realised her window was open.
“Sophie, can you help, please? I have to go to work,” said Emma.
Emma closed the back door behind her as Sophie entered the kitchen. “Got it,” she said. She grabbed a piece of kitchen roll and began wiping her shoe.
Sophie stood at the back-door window. Lector ran around the garden, darting from an old worn out football to a shrub in a pot then to a white plastic garden chair. He was acting like he’d never seen anything so exciting. How odd, thought Sophie. He’s been here loads of times before.
Sophie’s mouth fell into a wide-open O as she watched Lector pull up a plant and dance around with it. She checked whether Emma could see Lector destroying the garden. Emma was red-faced from chasing down her shoe but blissfully unaware of the new damage to her plants.
“Where’s Dad?” said Sophie.
“He’s gone to the job-centre, he’ll be back soon,” said Emma.
Sophie’s dad had taken to going to the job-centre early, so he could be back before Emma left for work but sometimes he was a few minutes late. Sophie didn’t mind. She was grown up enough to look after herself.
“Will you be okay on your own for a bit?” said Emma. “Toby’s still in bed. You can sort your own breakfast and Toby will make himself some Marmite on toast. I’m going to be late.”
Toby was two years below Sophie at school and seemed like a nice kid, but Sophie hardly ever saw him. He was always in his bedroom playing video games.
“Yes, no problem,” said Sophie. “Did you oversleep?”
“No, I’ve been clearing up after Lector.” Emma picked up her travel mug of coffee. “I’ll tell you about it later. I’ve got to go. I don’t want to miss the appointment. Your dad will be on his way.”
“On his way where? I thought he was at the job-centre?” asked Sophie.
Emma looked away. “Oh, he is yes. He’s at the job-centre now and then meeting me. It’s nothing to worry about and it shouldn’t take long. He’ll be back within twenty minutes. Call one of us if you have any problems.” She shuffled to the front door in her slippers and pulled on her still soggy plimsolls. “See you later.” Emma hurried out of the front door.
Sophie stood for a moment wondering what appointment Emma was going to and what she meant by clearing up after Lector. She shrugged her shoulders, guessing she’d find out later, and opened the back door to let Lector in.
He stood, wagging his tail, with a flowery plant between his teeth. A big clump of wet soil clung to the plant’s roots.

Jojo Debrazza is a writer from St Neots in Cambridgeshire, England—although she mostly lives in her head, a carefree happy place where everything is bright and fluffy.

More Jojo Debrazza stuff can be found on her facebook page, and her blog: https://jojodebrazza.com

Follow the tour to read reviews, excerpts, and book spotlights: 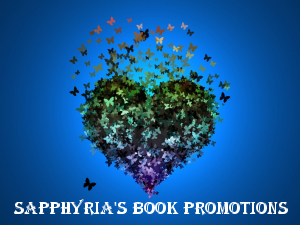 Become a tour host for Sapphyria's Book Promotions
on May 16, 2018