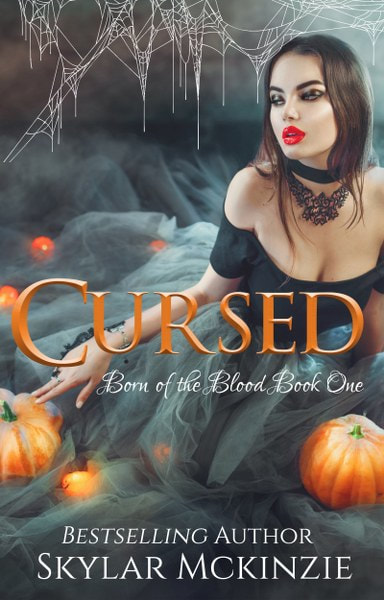 Skye, Stormy, and Savannah Davidson are no different from the other residents of Discovery, Massachusetts, or so they think. As their 25th birthday approaches, the town begins to treat them with wariness and suspicion. Skye begins to believe the triplets are special. Can they solve the puzzle of their past to save the town from the evil forces that affect their future?

The growl from the other side of the door had spurred Faith into action like
nothing else could. It wouldn’t be long before they came for her, because of what
they thought she was. Granny had warned her about going out during the hunt,
but she simply wanted to, no, had to see him one more time. She knew it was a
risk. She knew the magistrate watched her and her family, searching for any
excuse to accuse them of witchcraft. She reached down to stroke the agitated
wolf at her feet. Faith knew she should send him running into the darkness but
was unable to bring herself to part with him before she had to. “Shh, Wolfe.” She
rubbed his soft fur to quiet him.
Maybe Wolfe reacted to the growl from the dogs outside, or perhaps, he
innately knew the mob was coming for her. Whatever the cause, his reaction
galvanized her, and she tore the house apart, looking for a place to hide the book
that would condemn her and her sisters. Wolfe padded behind her, growling
occasionally, as if to remind her the men grew closer. Faith turned to see her
sisters, Chasity and Hope, standing in the doorway.
“Did I not tell you to run?” Faith quickly gathered some potions, vials, and
other essentials they would need, putting them hastily into a bag. With their
flowing black hair and blue eyes, they appeared identical to Faith, another mark
against them as far as the town was concerned. Three babies, born at once, all
resembling the same person, had to be witchcraft, didn’t it?
“Run!” Faith tossed the bags at the young women. She knew she caused the
hunters to come for them. If only she hadn’t gone to see him, if she had simply
listened to her granny. She darted after her sisters and Wolfe, out the back door
of the huge house, understanding she would never darken its doors again.
Fleeing through the woods behind her former home, Faith heard the rapid
breathing of her sisters running beside her, and the padded footsteps of Wolfe as
he led them to where their only salvations lie. Their lovers waited to spirit them
away from this place, away from the ignorance consuming this town. The six of
them would leave to a new land and begin again, somewhere they weren’t feared
and wouldn’t be put to death for being different.
Faith sighed with relief when she saw horses ahead. “We’ve made it. It will all
be okay now,” she whispered, turning to her sisters as she stopped to pat the top
of Wolfe’s head. She looked up in shock as the magistrate came out of the
darkness.
“Did you really think we would let three witches descend on the world outside
of Salem? There’s no telling what kind of disaster that would cause,” the
magistrate said, his razor-sharp eyes full of hatred.
Faith watched in dismay as her sisters were grabbed. She tried to go to them,
but was stopped as hands gripped her arms from behind. To no avail, Faith
struggled to let herself free.
“But, how…” Tears filled her eyes when they stepped out of the shadows.
“You! You betrayed us,” she murmured, tears falling as she was led to one of the
three stakes erected. She had failed to see them when they’d burst into the
clearing.
The wide-eyed terror on the faces of the sisters she swore to protect prompted
Faith to reveal their true nature. Flames licking toward their feet, the smell of
burning material in her nose, she started to chant, her sisters’ voices soon adding
to the incantation.
As the fire rose to meet their feet, their voices grew louder and Faith saw the
townspeople fidget as their nerves got the better of them. She looked directly at
the family who betrayed them, the family she, no they put their entire trust in.
The birthmark on her shoulder stung, and the rain fell. 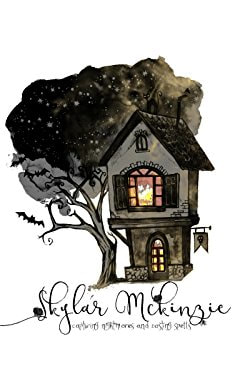 Skylar McKinzie lives in the small town of Screven, Ga. When she’s not writing, she’s cooking, baking, reading, and spending time with her family. She also loves long walks and sitting by the bonfire in October, which is her favorite month of the year.


She writes horror and paranormal romance. She is working on her next novel due to be released by the end of the year.

Follow the tour HERE for exclusive excerpts and a giveaway!
a Rafflecopter giveaway

Email ThisBlogThis!Share to TwitterShare to FacebookShare to Pinterest
Labels: Born of the Blood, Cursed, Giveaway, Skylar McKinzie, YA Paranormal Fantasy