The Staircase of Fire by Ben Woodard with Giveaway 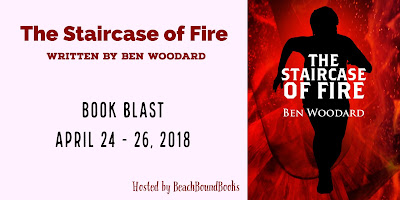 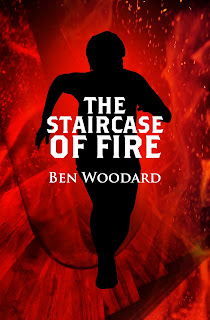 A quiet town in Kentucky explodes from a racial incident and fourteen-year-old Tom Wallace is in the thick of it. His past haunts him and now he’s witness to a horrific event leaving him devastated and afraid. He must escape his town and its memories. But leaving has consequences, too. He will have to betray his friends and his new love.

Nothing stops his nightmares. Not high risk activities or running away. But when his past returns, Tom is forced to confront his greatest fear and finally realizes he cannot escape himself. Now he has to take a stand that could change his life—or end it.
​
“…a highly recommended pick for teens looking for something different…”

Other books in the series... 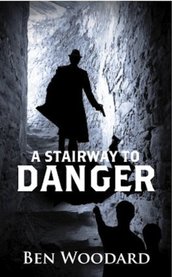 A Stairway to Danger (A Shakertown Adventure, Book 1)

An eyeless body. A menacing stranger. And a tangled mystery.
It’s the summer of 1923 and two cousins hunting for hidden gold stumble on an decayed body. Fourteen-year-old Tom Wallace is convinced the death was murder and drags his older cousin into a harrowing struggle against a shadowy group. Not even attempts on their lives can stop the boys from relentlessly pursuing the mystery. But when their curiosity leads them to investigate a derelict barge, what they find is bigger and more dangerous than anything they could have imagined.

A STAIRWAY TO DANGER is a fun-filled thriller with humor and adventure in a Twain-like setting. 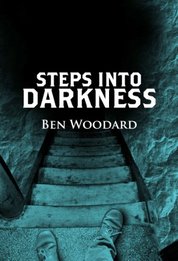 That’s STEPS INTO DARKNESS, the second book in the Shakertown Adventure Series by Ben Woodard.

Fourteen-year-old Tom Wallace again makes plans to escape the small town in the 1923 Kentucky countryside—the town that won’t let him forget his past, when a horrific event changes his mind. He teams with his cousin, Will, and young FBI agent Rick Sweeney to solve a perplexing mystery. Attempts on the boys’ lives and a bewildering list of suspects keep them on edge and confused until they discover the real villain—and then wish they hadn’t.


STEPS INTO DARKNESS is a fun, page-turning thriller with a hint of romance that delivers adventure and mystery while exploring the fears of a teen living with a frightful memory. 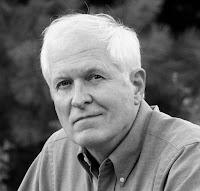 Ben is a (mostly) retired amateur adventurer who has traveled across Tibet, climbed to 18,000 feet on Mt. Everest, and solo backpacked wilderness areas. Now his adventures come in the form of imagining stories, writing and telling them to kids and teens. He works with teachers, schools and literacy organizations spreading the word that books are vital—and fun.

Prize: One winner will receive a $25 Amazon gift card or $25 PayPal cash prize, winner's choice
Giveaway ends: May 8, 11:59 pm, 2018
Open to: Internationally
How to enter: Please enter using the Rafflecopter widget below.
​Terms and Conditions: NO PURCHASE NECESSARY TO ENTER OR WIN. VOID WHERE PROHIBITED BY LAW. A winner will be randomly drawn through the Rafflecopter widget and will be contacted by email within 48 hours after the giveaway ends. The winner will then have 72 hours to respond. If the winner does not respond within 72 hours, a new draw will take place for a new winner. Odds of winning will vary depending on the number of eligible entries received. This contest is in no way sponsored, endorsed or administered by, or associated with Facebook. This giveaway is sponsored by the author, Ben Woodard and is hosted and managed by Stacie from BeachBoundBooks. If you have any additional questions feel free to send an email to stacie@BeachBoundBooks.com.

Email ThisBlogThis!Share to TwitterShare to FacebookShare to Pinterest
Labels: Ben Woodland, Giveaway, The Staircase of Fire, YA mystery