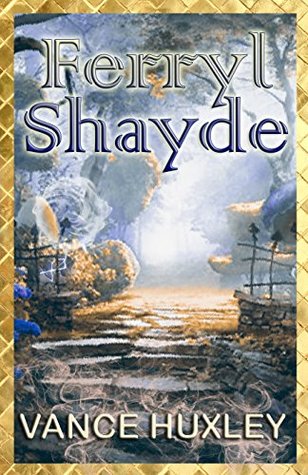 How many people have a tattoo that teaches them magic? While trying to outrun the local bully, Abel trips over a stone slab and something wakes up. Looking back - he must have been concussed or enchanted - because after it helps him escape, Abel breaks the binding seals and lets it out, finding himself apprenticed to Ferryl Shayde. When she moves into a tattoo on his arm, Abel can see the magical creatures that live alongside us every day. Not the ones of folk tales, but their scruffy, slimy, fanged cousins. Worse, he finds that the pact that should keep them under some sort of control has failed. Magic is easy, controlling it can be lethal, and by letting Ferryl Shayde out Abel has aroused the unwanted interest of others. If only it was just a board game, like the one he is creating with his friends. Unfortunately, it turns out the other way round and the players begin to discover real magic.

From the very first page, the adventure shoots off into a world of magic and action.All Abel wants is to escape getting clobbered, but when the only retreat leads him through the town's creepiest property, he wonders if he should be more afraid of monsters and ghosts. The last thing he expects to run across is a sorcerer, who's been trapped for over a hundred years. She wants to be freed, but by doing so, life gets a whole lot more interesting than he bargained for.Abel is a character on the end of the food chain, and the first scene shows just how horrible he's bullied. It's not a gentle beginning, and the violence hits hard. A lot happens quickly, making this a very fast paced read. There were a couple spots, where I had to go back and read through again to make sure I didn't miss anything. So no boredom in these pages!Imagination takes flight in this tale, and it was exciting to see all of the different creatures cursing the town. The mythical monsters peer out of the most unexpected corners, and keep the tale on its toes. The sorcerer has quite a bit of personality, and having her placed in a tattoo in the form of a girl in a cat costume is humorously unique. The interactions between Ferryl and Abel make both easy to like, although their personalities are so different. The building of trust and teamwork was evident and added a nice touch to the story. There's also a great character development in Abel as he turns from a fearful, uncertain child into a self-assured magic wielder, who saves the town. This alone is a great message for the intended audience.Summed up, this is an entertaining read which will keep kids ages 10 and up (due to the level of violence) on the edge of their seats.