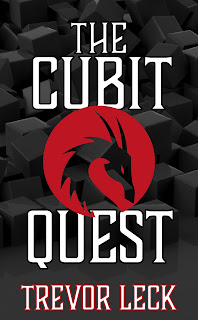 Twelve-year-old Charlie Watkins could have inherited his dad’s massive intellect.
He got his massive feet instead.

Perhaps if Charlie had that intellect he might have been able to figure out why so many men in suits were suddenly following him or where his dad hid the Cubit - a mythical object that men have sworn to protect and even more have died trying to possess - before his so-called accident.

If starting yet another new school wasn’t bad enough, Charlie meets Mr Leopold, a disfigured, mind-reading lunatic and discovers that he alone must find the Cubit if he is to save his dad. The Brotherhood, however, have other ideas. Led by the ruthless Draganovic, they will stop at nothing to get their hands on it. With the help of Mr Leopold and fellow new boy Elvis, Charlie sets out on The Cubit Quest.

Hunting for the Cubit, playing football, lessons with the dreaded Funeral Face and unsuccessfully avoiding school bully Grimshaw by day, Charlie finds his nights no less complicated. Stalked in his dreams, he’s soon immersed in a world of power struggles, battling dragons and duels to the death. With the Brotherhood hot on his heels and as the bullets begin to fly, there are no guarantees that Charlie, or anyone else, will make it to the end in one piece.

With a mixture fantasy, mystery and myth, this is a quick paced adventure packed full of surprises.
Charlie is having strange nightmares, but considering it's the first day of school, he's hacking it off as stress. When he hears a strange voice while walking the dogs and an even odder man appears, Charlie's adventure is about to begin.
This is a difficult book to categorize in so many way. There is a bit of fantasy, a bit of mystery, a bit of action and adventure, and some paranormal too. So, I'm not sure what genre to throw it into. Perhaps, simply adventure pure. It definitely packs a fast paced ride, which keeps the reader on their toes. There's a lot going on, and the layers mount with mystery continually. First, about half-way through the book, do the explanations start popping up and things start to become clear.
Although this is placed as a book for the young adult audience, I'd shove it more into an upper middle grade category (for the most part). Charlie comes across as a solid 12-year-old and his reactions, as well as those of his friends, are fitting to that reader age group. The writing is usually direct and creates the atmosphere for this younger audience. However, some of the themes, material, and at times the writing, can edge more to the mature side. In other words, this is a borderline read aimed between the two.
Charlie is a sympathetic character, who is simply doing is best as things around him grow stranger and stranger. He's has a good head on his shoulders and attacks the situation as best as he can. His friends are supportive, giving a great message in this area. And the villains are as evil as they can be.
The scenes hold just the right amount of description to pull into the world without coming across as lengthy. Although characters come across nicely, this isn't so much of an emotional read and action stays in main focus. The writing is quick as well as the scene changes, which did cause for a little confusion now and then. But it won't bore younger readers and keeps action fans glued to the pages.
Summed up, this is a fun read. Adventure fans are sure to get their fill, but I'd recommend this more for ages 10-14. . .and ones who don't mind it a bit harsh at times.

(CONTEXT: Spending most of his time falling over his massive feet, Charlie Watkins was usually the last one picked to play football. Nobody was more surprised than Charlie to see his shot hit the back of the net. Nobody wanted revenge for losing that game more than school bully, James Grimshaw.)

Charlie froze mid-stream. Urine splashed on the floor. The hand on the back of his neck gripped tighter. He might have heard Grimshaw approach if it hadn’t been for Elvis, who was humming loudly from the cubicle. At that precise moment, Charlie wished he’d locked himself in a cubicle too.
After leaving the changing rooms, it took Grimshaw exactly two minutes to catch Charlie on his own. ‘Where’s your boyfriend when you need him?’ he said, keeping below the volume of the hum. The increase in pressure informed Charlie that it was a rhetorical question; he wasn’t expected to answer. Placing his mouth next to Charlie’s ear, he spat, ‘I don’t like being beaten, so I guess it’s time I did a little beating of my own. Four o’clock back on the football pitch, just you and me. If you tell your boyfriend I’ll make your life hell.’ Thrusting forward, he smacked Charlie’s head into the wall in front.
Elvis came out of the cubicle, took one look at Charlie and stopped humming. ‘What’ve you done to your head?’
‘I slipped,’ Charlie said without thinking. He didn’t know whether to tell Elvis about what had just happened or not. Nor did he fancy finding out what Grimshaw’s version of ‘hell’ might be.
Elvis chuckled. ‘Did you see Grimshaw’s face?’
‘What! When?’
‘On the football pitch, you fool. First you nearly take his head off and then you score a wonder goal, winning us the game.’
‘Don’t remind me,’ moaned Charlie.
‘That’s the best thing you could’ve done. If you let people like Grimshaw walk all over you, they’ll do it time and time again. Face up to them and they know you’re not a push over.’
Perhaps it was easier to stand up to someone like Grimshaw, Charlie reasoned, if you were, like Elvis, the size of a small building.
The rest of the afternoon ticked by incredibly slowly. Charlie’s constant clock-watching did nothing to speed matters. At the end of the day Elvis shot off to sports practice and Charlie made a half-hearted attempt to locate Edgar Wisdom. He wasn’t successful.


At four o’clock, a forlorn Charlie made his way to the football pitch. He was going to prove that he was no coward. Swallowing hard, he watched the immense figure of Grimshaw stride purposefully towards him. It suddenly dawned on him that bravery was one thing, whereas stupidity was another thing altogether. One thing was certain: he was about to get the beating of his life. 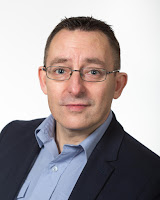 Living in Telford, Shropshire, Trevor Leck has been dabbling in writing for over fifteen years. Always a fan of gripping adventure stories he has taken inspiration from his favourite authors, including John Grisham and J K Rowling, and the towns and cities he grew up, especially North Shields, to create his Young Adult series. 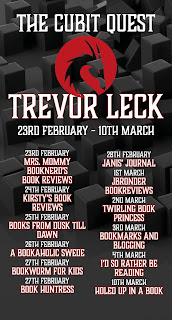