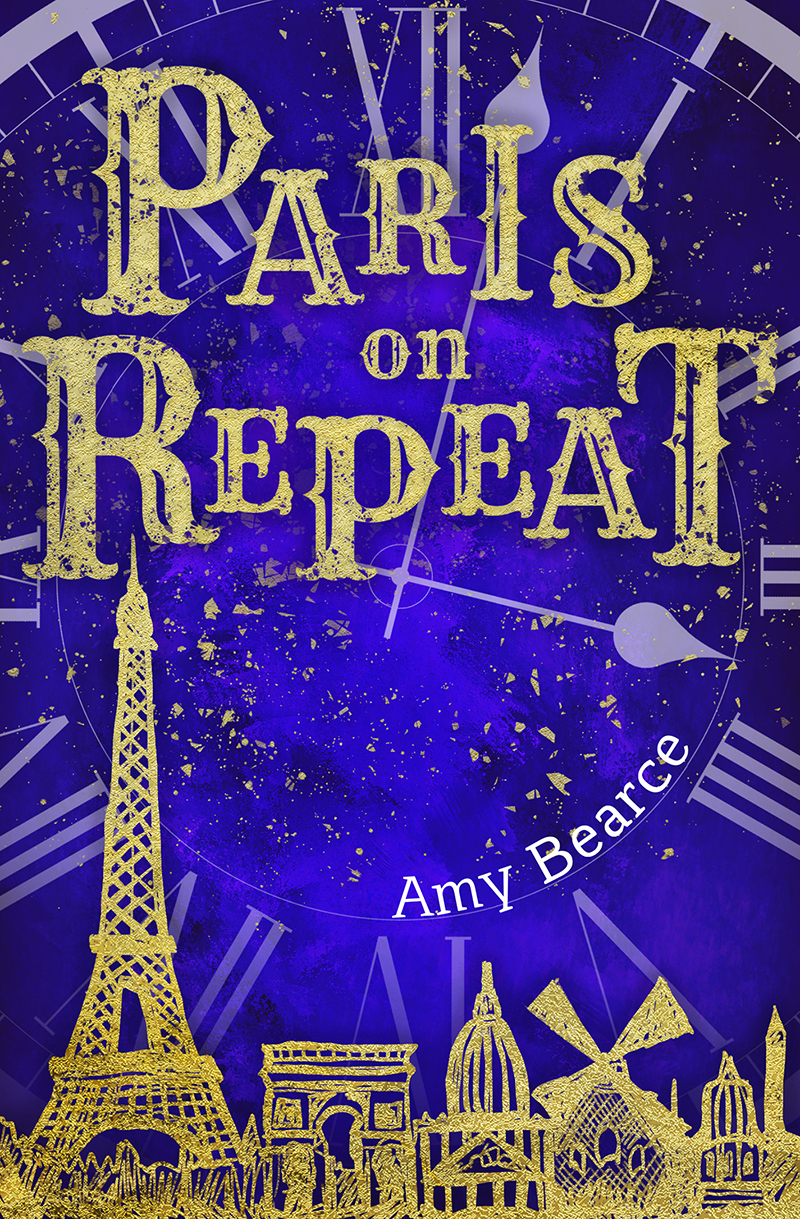 
GROUNDHOG DAY gets a hilarious French twist in this delightful upper middle grade novel about first crushes and friendship when an eighth-grade class trip to Paris goes horribly wrong and the worst day of one girl’s life keeps happening over and over.Fourteen-year-old Eve Hollis is ready to push through her fears and finally let her crush know how she feels. And what better place to tell him than on top of the Eiffel Tower in the City of Love? But things don’t go as planned, and Eve is sure she’s had the worst day of her life— until she wakes up the next morning to realize the whole disaster of a day is happening again. She’s trapped in a time loop.Desperate to make it stop, Eve will have to take some big risks and learn from her mistakes or she’s destined to live the most awkwardly painful day of her life over and over again, forever.

The connection to Groundhog Day is impossible to oversee as it takes a twist and hits a fourteen-year-old girl as her class tours Paris.As a military kid and constantly on the move, Eve has learned to stay out of the spotlight, but that doesn't mean she doesn't have friends and enjoys her current stay in Germany. The class tour to Paris is something they've all been looking forward to, and with the school year ending in one week, it's her last chance to finally admit the year long crush she's had on one of her classmates. She's written a note, plans to tell him while on the Eifel Tower, but things don't run as she'd planned. Devastated and broken hearted, she runs into a gypsy who gives her a key. And Eve's life soon switches into constant replay until she gets things right.The title fits this book perfectly as Eve relives her last day in Paris again and again, each time messing up her chance to finally reveal her feelings to her crush. The main setting, the Eifel Tower, is ideal and adds a wonderful atmosphere. While romantic, in some respects, it also allows Eve's personality to shine to its full angsty, quirky, and teenage-ish extent. Eve has a lot battling inside of her, and much of this she isn't even truly aware of herself.The problems Eve has in life are ones tween readers will easily identify with. She doesn't feel right in her own skin, wants to voice her own opinions, doesn't want others to look down on her, is totally insecure on the romantic end, and even has more subtle problems like her parents' divorce. Yet, she wants and is willing to push past this all...if she only knew how or where to start. She's easy to like, and while she does have a heart of gold, she isn't always perfect and makes mistakes.While the same day repeats itself...and the same situations, this book never grows boring. It's not clear what Eve has to do to get out of the constant repeat, and it isn't what she or the reader might expect. The messages are clear without becoming over-powering, and it's easy to root for her. I did find the writing and her reactions leaning more heavily toward the middle grade end than the young adult, though, making her and her friends sometimes come across younger than they should. Still, it was a nice read and I'm sure younger tweens will thoroughly enjoy the storyand see a bit of themselves in Eve.