Review: Thizz A Love Story by Nicole Loufas with Giveaway 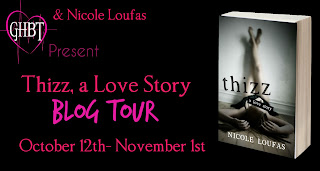 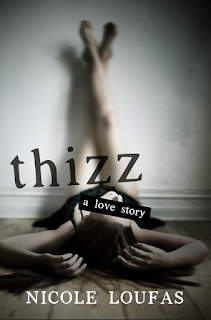 
In 2006, while the San Francisco Bay Area was immersed in the Hyphy Movement – Dani was fleeing the city for the small coastal town of Eureka. With a past she wants to forget and a future that may be out of reach – Dani finds Thizz and her world turns inside out.
Dani has a plan.  Get into CAL Berkeley.  All she has to do is survive six months in Eureka, California.  Her plan seems to be working until Matt, the boy she’s secretly crushing on, sets her up with his best friend.
Nick Marino is the star of the basketball team, grandson to the wealthiest woman in the county, and the town drug dealer. Nick introduces Dani to Thizz on their first date and suddenly smiling becomes easy, conversations are comfortable. Now if she can just figure out if the tingles she’s feeling are caused by Nick or Thizz. After a few weeks of both – she doesn’t care.
With Nick by her side, thizz flowing through her veins, and Matt keeping all her secrets – Dani settles into her new life; forgetting about the tragedy that drove her there, and the plan she had to escape.
Matt fell in love with Dani the first time he saw her.   He also knew whatever drove her from San Francisco to Eureka in her last semester of high school wasn’t something she wanted to share.  When she finally started to open up, Matt hesitated just long enough for his best friend Nick to swoop in. Forced to sit and watch their relationship grow, Matt also learns of Dani’s obsession with Thizz.  He secretly feeds her addiction in a desperate attempt to win her heart.


Pressured into joining Nick’s crew, Matt finds himself in the middle of Eureka’s own hyphy movement and the hit list of a local biker gang. When a school project uncovers a disturbing link between Dani’s parents and Nick’s uncle, Matt is torn between his loyalty to Nick and his feelings for Dani as he tries to convince Dani that her life is in real danger; while persuading Nick to turn on his uncle to save the girl they love.

Although this is a romance, it's not a sweet, loving one but rather one with bite and difficult twists. When I picked this up, I was curious how the theme of drug abuse and a shaky romantic trio would work out. I believe the author did a fairly good job of bringing over the topic in a way teens will be able to relate to as well as be grabbed up into Dani, Matt and Nick's world.

The main character, Dani, is trying to learn to work through a bad past and isn't accustom to being noticed at school. She's easy to relate to, acts pretty much as one would expect a girl like her to act and actually, comes over as fairly grounded despite everything. When Matt and Nick enter the picture, things get a little blurrier. Matt comes across as a pretty nice guy, and I found it hard to place Nick at first. A super popular, rich, all-girls-want-him-kind-of-guy but in a whole lot of trouble which one doesn't quite expect. While it's easy to dive into Matt's personality, Nick came across a little plastic.

It was hard to watch the three make their mistakes. . .but that's exactly how it should be. I wanted to scream at Dani as she followed Nick's lead, corner Nick and give him the lecture of a lifetime, and tell Matt to toughen up and open his mouth. But teenage life isn't that easy, and neither is the story of these three. Lessons need to be learned, painful ones, and the reader feels this the entire way through.

The writing and plot in this were intriguing enough to keep the pages turning and very realistic. At times, I wished emotions would have been fleshed out more or I could have dived deeper into a character's head. Other times, I felt that some things were a little jumped at and needed a sentence or two leading up to help make it more clear why things happened as they did.

But all in all, this is a nice read which brings a tough topic into a light teens will grasp and understand, especially since the entire thing is wrapped up in an interesting romance. 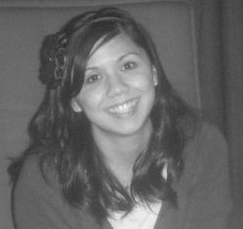 Nicole Loufas is a San Francisco native. She loves books, music, and bloody mary’s. She started writing her first screenplay in the sixth grade; the project was shelved due to creative differences with her EX-best friend. Nicole lives in Northern California with her family and her dog, Achilles. Thizz, A Love Story is her first novel. Find out more at: www.nicoleloufas.com .