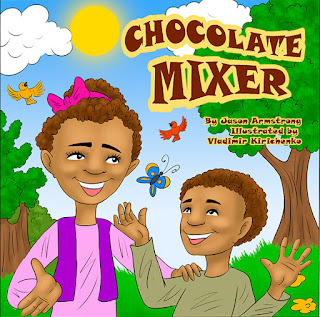 While making her favorite snack with her Daddy, little Sofia makes an amazing discovery about herself! Her realization changes the way she sees this colorful world. Filled with wonder and questions, Sofia journeys into a world that isn't just black or white, but a beautiful rainbow of colors. This book is the story of a little girl learning that she is Multiracial. Chocolate Mixer addresses the common questions our children may ask about a world filled with different cultures, skin-colors and ways of life, and how even our own parents can look so different from one another.


Anyone who's been paying a little attention to the literary world this last year might have noticed the call out for diverse books. There's so little literature about different races and cultures out there, and so I was happy to get a hold of this one.

And what a lovely book it is!

Sofia, like many children these days, comes from mixed heritages, and what better way to describe this than like a mixed chocolate drink - things mixed together and be oh so good! I enjoyed the way this book approaches a sometimes difficult topic for kids to understand and makes it clear how it only expands on the wonder of life.

The illustrations are vibrant and add to the story nicely, while the writing itself is very easy even for the youngest kids to understand. By pulling in the special relationship between family and friends, children can easily sympathize with what's being said and will be able to relate it with their own families and surroundings.

I especially enjoyed the rainbow idea--how the multiracial and mixture of cultures reaches into all corners of the family. My own children used this as a chance to talk about our family members, and they were happy to discover mixtures of their own. 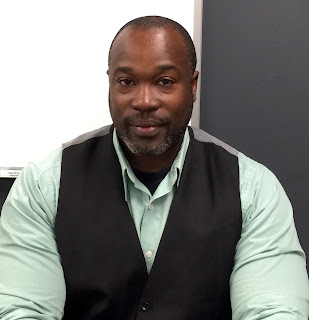 Jason Armstrong was born and raised in Brooklyn, New York. While going to school to pursue a degree in physical therapy he was recruited and hired by a communications company as a specialist. He quickly rose through the ranks to become an acting team leader and corporate reinvention leader. While still employed in the corporate world, his interest in health & wellness lead him to pursue a career in personal training.

Being an entrepreneur at heart and not wanting to stop there, he went on to join the U.S. Air Force reserve to be trained in nutritional medicine while still attending school to get a degree in occupational sciences. This enabled him to work as a massage therapist and shortly after that he began teaching massage at a school in New York, NY.

Jason then decided to pursue his dream of opening his own wellness center, which led to him moving to Italy. It was here that he started to develop his love for photography, the saxophone and wine. While living in Italy with his two children, his love for writing which had been dormant for years, resurfaced when his daughter innocently had an epiphany over some chocolate milk.

Up until this time his writing had mainly consisted of poetry, of which a few poems were published in local corporate newspapers. After successfully opening up a wellness center in the Tuscan region of Italy, his love of wine met with an opportunity to launch his own startup importing wines and spirits into America, which lead him to moving back to New York, NY.

While focusing on his start-up and returning to teaching, the thought of publishing this one particular book still sat in his head. Although by no means a professional author, he felt the message was important, but mostly he wanted to do it as a tribute and out of love for his two children.