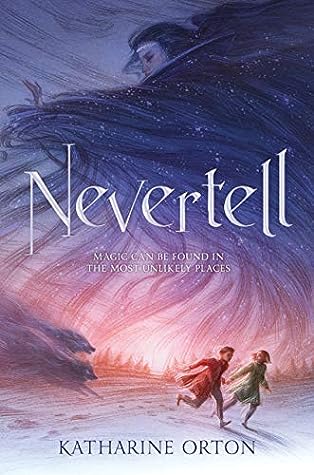 
After escaping a Soviet prison camp, Lina is pursued by a powerful witch and her shadow wolves in a riveting debut that imbues frozen wilderness with fairy-tale magic.
All that twelve-year-old Lina knows of the world is the Stalinist labor camp where she was born, a place of hunger, cruelty, and deprivation. After a daring escape into the frigid Siberian wilds with her best friend, Bogdan, Lina vows to reach Moscow and find her long-lost grandmother, whom she hopes will help her return to the camp to rescue her mother. But out in the dark forests and haunted tundras, Lina and Bogdan catch the eye of a vengeful witch, a refugee of oppressive new laws about magic, who commands an army of shadow wolves. She seems drawn to some mysterious power within Lina herself. Pursued by the witch and in fear of recapture, Lina will need every ounce of courage she has — and a whisper of her own magic — if she and Bogdan are to survive the journey and bring hope to a dark place. An enthralling debut that weaves Russian fairy tales through fast-paced adventure.

With dark tones, hope, a little history and even more magic, this is a read which surprises in many ways.

Lina and her friend, Bogdan, are held captive in a Siberia labor camp. When they have the chance to escape, things run amok. To save themselves, they venture off on their own and happen across a witch, who turns evil men into wolves to form her own shadow army. The witch harbors tons of hate, and when she senses the magic in Lina, she wants to use her for her own evil purposes. Lina not only has to escape the witch but avoid being recaptured. And on top of all of this, she hopes to reunite with her mom.

While first chapters in books often drag, the ones in this story not only grab but are probably my favorite part of the tale. The author allows Lina's life in the labor camp to hit full force with all of its darkness and problems. This part is raw and harsh, but isn't more than most middle grade readers can handle.

The details draw in and give a vivid image to this more historical setting before Lina escapes and the fantasy part settles in. Here, it reminds a bit of Narnia. The evil witch is a little hard to grasp at times, but creates a lovely villain. The added mystery of Lina's own magic and the wonderful creatures she meets, make this a novel which invites to dreams and dives into the imagination. The match between the realistic side and the fantasy could have been a bit better woven, but it was still fun to read and get lost in Lina's world.

As to Lina, she is a character to life and cheer for until the last page. She carries a nice balance of spunk and determination, but at the same time, harbors uncertainty, mildness and kindness. Her actions are understandable and she definitely reels in the sympathy.

Young fans of fantasy worlds with forests, creatures and witches are sure to enjoy this delightful tale.
on May 23, 2020