Review: The Natural Warrior by Leslie I. Landis 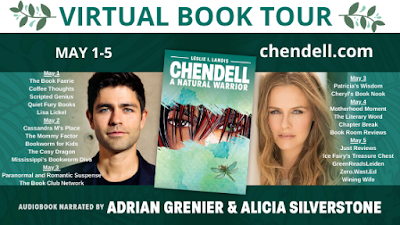 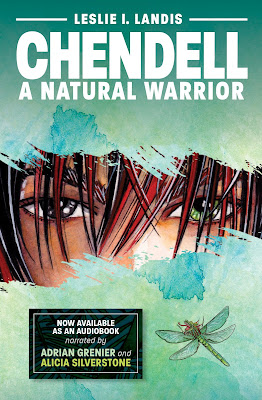 CHENDELL
A Natural Warrior
Book One
by Leslie I. Landis
Waldo LLC
YA Fantasy
221 pages

A super boy from a village in China and a super girl from rural Vermont meet in college and fall in love. Both grapple with their unique powers and purpose. Will they master their abilities in time to save each other and the ecosystem from certain destruction? And what twists does life have in store? Originally released in early 2019, Landis is re-releasing an updated version of her environmental YA fantasy as well as adding an audiobook format in April 2020, to celebrate Earth Day.

While on a research trip to the Peruvian rainforest, Robin Dell and Jamie Chen’s lives (and consciousness) are changed forever when they drink a shaman’s brew and are transformed into CHENDELL. Two halves of one person. A dual consciousness – female and male – in one body. This new being is streamlined. Eurasian. With one green eye and one dark brown eye. Shoulder length hair that is half auburn and half black. As CHENDELL, their fight is to save our environment from the people responsible for ecocide and biocide – the willful destruction of the environment and the annihilation of living organisms.

Individually, Robin can control insects and Jamie can communicate and control trees and plants. When joined as CHENDELL their powers are enhanced. Their senses are extremely acute. Their strength is exceptionally strong. Their mind is lightning quick. And their powers are extensively increased – not only with trees, plants, and insects – but also with other living creatures. All of nature is their ally.

Finally, Nature has a hero.

Getting deep into the characters' heads, this is a story of change, hope, difficulties and finding one's self...even when it means embracing something completely foreign and others don't understand.

This book was unlike any I've ever read before. Not only does it combine superpowers with nature, but it also dives into a dual-gender existence and battles the question surrounding how mankind deals with the environment. Add a romp into different cultures and romance, and it's definitely a packed book. The messages are loud and clear, and the characters' battle to embrace everything as well as the can. It's a read with plenty of food for thought.

The writing and format of the book are also very unique. Instead of telling a tale from start to finish, the author allows each character to simply describe their thoughts as if they were in an interview and explaining the story and events to someone as they saw it happen. Unlike books which take the journal form, this constant change in points of view doesn't only include the characters, but also allows most of the side characters to join in. The result is a constant change-up from one view to the next. But it's never confusing, either. The name of the character about to narrate their thoughts and experiences is stated by name before each section starts. Each section usually only lasts a couple of pages...if that. This form allows the story to happen from many perspectives, making it clear why everything happens the way it does and how each character sees things differently. So, character depth is definitely given full points on this front.

I did enjoy the originality of the book quite a bit. Not only is it a new twist on superpowers, but the change in views made it easy to follow and gain a greater understanding of why things happened the way they did. Still, there was something about the style which felt like I was being kept an arm length's away from the world and surroundings. I couldn't really sink in. The audio book version (of which I only heard a snippet) seems to do better on this front.  The readers help the characters gain a little more color and come to life.

Readers interested in environmental issues, who love a sprinkle of fantasy/science fiction and romance and originality, should pick this one up and give it a go. It grows on you as you read it and opens up some different views.

●     Is battling climate change already a lost cause?
●     Ways Leslie hopes that her novel will inspire young people to be environmentalists
●     What are ways that young people can start taking care of the environment
●     How does Leslie’s psychology background tie in with the way she forms her characters and plot?
●     Why did Leslie choose a boy and a girl to combine, and does CHENDELL’s dual gender have a particular meaning? How might this affect their romantic relationship?
●     How can celebrities like Silverstone and Grenier bring climate change and the environment to light?

"A lively nature-oriented superhero adventure…the heart of the tale comes together in the final pages." - Kirkus Reviews

"CHENDELL starts as a boy-meets-girl story, connecting a girl from the U.S., to a boy in China, told in an unusual compelling format. It is about love and family, but also about insects and trees. When boy and girl become a super couple, the reader accompanies them on a wild, dangerous journey, and then, when your heart is in your throat, something happens that is shocking, unique and utterly heartwarming. Leslie Landis has written a tale I'll never forget. Bravo!"
—Best selling author, Thom Racina

"Everything you ever wanted in a fantastical story but were afraid to ask! A superhero story packed with a delightful page turning packet of ingredients—adventure, love plus humor and wit. Be prepared to be invested in the Landis characters and swept up into their world and their dreams. CHENDELL and its heroes Jamie Chen and Robin Dell are just begging to be given the big screen treatment."
—Ivor Davis, Author of "Ladies and Gentlemen… The Penguins!" and "The Beatles and Me on Tour." 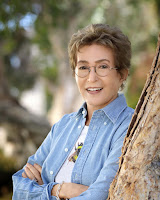 Leslie Landis has been a teacher, a financial planner, a bank trust officer, worked for a U.S. Senator, an associate director in television and a licensed therapist. Her first book, is a humorous take on our food and diet obsessed culture titled The Art of Overeating: A Bellyful of Laughs About Our Food-phobic Culture. CHENDELL: A Natural Warrior is her first novel. Leslie lives with her husband in Los Angeles.

Leslie’s degree in psychology informs her insight into how people look at the world and themselves. She created relatable characters who reflect the roles we play and the uncertainties of life. With a different take on gender equality and the battle to preserve our environment, her superhero CHENDELL speaks not only to young people but to all generations. In this captivating, exciting and realistic fantasy, Landis’ unique writing style presents a message of love, hope and commitment to fighting the real world evil forces destroying our planet.