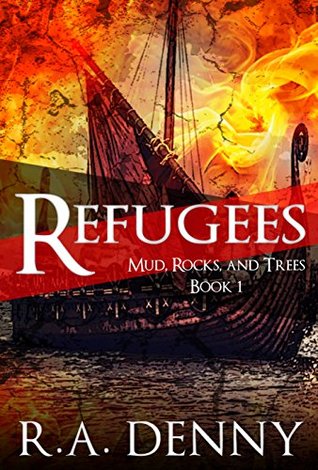 REFUGEES
Mud, Rocks and Trees, Book One
by R.A. Denny
YA Fantasy
288 pages

"An epic journey of a lifetime." That's what three young individuals from three different corners of the world have dreamed about. They were destined for greatness since the moment they were born. But what if they don't want it? What if they're not ready? What if their desires no longer align with the prophecy?

The problem is, they have no choice. The star has appeared. Their destiny has already begun to unfold.

It's not the send-off that they've been dreaming of. Forced out. Banished. Raided. This wasn't how it was supposed to be. Now they must discover who they really are while embarking on the most exciting journey of their lives. One star. One impossible task. One chance to save the world they love.

A world with rich characters begins this first novel in a six-book journey, one with fantastical adventures, dark moments and tons of hope.

There are three main characters, each from a different background, culture and race. The author does a fantastic job at introducing the three heroes with very individual characteristics, personalities and pasts, and bringing them together. Each character's story is told in first person from their point of view broken down into single chapters. This never grows confusing not only thanks to the name of the character at the beginning of each chapter, but also thanks to the very different mannerisms and personalities each character holds.

The fantasy world is rich but never overly described—something which will hopefully be more closely addressed in the next books in the series. Instead, the main concentration remains on getting to know the heroes. And this works well. It's easy to learn to like each one and sympathize with their very different situations, so when they come together, each one has touched the reader in one way or another. Even the 'bad' guys carry their own stories, which makes the reasoning behind their actions more clear. At times, the chapters about them was more intriguing than those surrounding the heroes.

There's a lot going on in this book, and it promises to lead to a well woven and multi-layered series. Nothing is as simple as it seems, and the heroes have to grow to achieve each and every obstacle. There are some brutal moments, but nothing which doesn't fit the situation or inappropriate for readers aged twelve and up.

This is a Christian fantasy, one which is well done and brings in religious aspects without overpowering or undermining the fantasy world. The messages are clear without growing overly preachy, and it's easy to get lost in the tale.

The writing flows well, remaining more in the traditional fantasy stream. While the switching of points of view between the three heroes flowed seamlessly, the chapters concerning the other characters jolted a bit. It wasn't confusing, but the switch from first person for several characters to third person at other times caused a moment's pause.

Fans of fantasy who appreciate Christian values are sure to enjoy diving into this book and will get lost in this adventurous world. 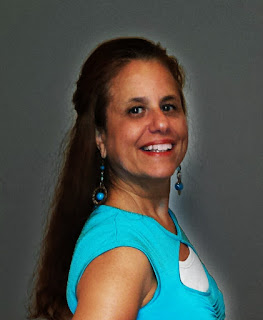