Review: Legacy in Legend by Barbara Pietron with Giveaway 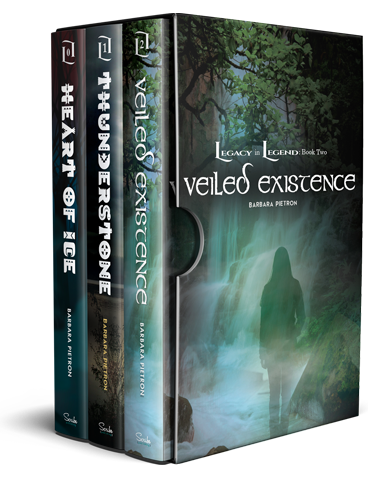 
New from award-winning YA author Barbara Pietron, an ebook bundle of the prequel and first two books in the Legacy in Legend series.
About the series: In Thunderstone, Jeni and her family gather at Lake Itasca, Minnesota, to spread her grandfather’s ashes in the Mississippi Headwaters. While they are there, they agree to meet again at various locations along the Mississippi River to remember him as they trace his journey to the Gulf of Mexico. These gatherings set the foundation for the Legacy in Legend series. Every time the family assembles, Jeni comes in contact with a malicious otherworldly element. These frightening and perilous encounters are no help in Jeni’s search for her spiritual heritage, as the supernatural entities come from a variety of mythologies and lore. Yet each vengeful confrontation makes it more important that she discover and harness whatever power she possesses so she can protect herself and her loved ones and, ultimately, end the deadly attacks.
The Legacy in Legend Series brings together mythology and suspense along with a little bit of romance when Jeni meets Shattered Ice, an apprentice medicine man. The prequel, Heart of Ice, is about Ice before he meets Jeni. Thunderstone and Veiled Existence are told from both Jeni’s and Ice’s point of view.

Taking a spin into Indian myths and even a touch of Irish lore, this is a thrilling adventure which holds tension and chills until the last page.

While the prequel concentrates on Ice, a seventeen-year-old apprentice of the tribe's medicine man, and his edge-of-the-seat meeting with a mystical cannibal, the next two books move into a duo-telling. Upon meeting Jeni, an average girl on a family gathering to spread her grandfather's ashes into the Mississippi River, the action jumps up a notch as the two face dangerous creatures, and especially Jeni's unknown heritage, which has left her with her own mystical powers.

The prequel starts with a solid introduction to Ice and his situation. He's a nice guy, who takes his apprenticeship seriously, but then, with a master like Rik teaching him, he's in a good place. He has a lot to learn, but he has a very good head on his shoulders and a wonderful moral compass. While the writing held me at arm's length for several chapters, as the story started to unfold, I found myself more and more engaged until I couldn't put the book down. Being a box set, it also meant that I could slide right into the next book without any trouble.

The two main books are simply addictive. The Indian twist was refreshing as well as intriguing, and the author did a fantastic job at setting all of it in a modern day world. This walks the line of thriller and never leaves a boring moment. While some clues are easy to figure out, other events come as a sheer surprise. The added romance hit the right spots and formed a necessary bond between Jeni and Ice.

Fans of paranormal, thrillers and suspense with lesser known myths and supernatural creatures will enjoy this read. 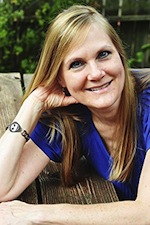 Having a love for witches and vampires before they were trendy, Barbara gravitates toward stories with supernatural elements both when she reads and when she writes. Although classified as young adult, her books are enjoyed by a wide audience—pre-teen through adult.
Barbara’s novel Thunderstone was awarded 2013 Book of the Year Finalist status by Forward Reviews and before it was published, Thunderstone was a quarter-finalist in the 2012 Amazon Breakout Novel Award contest, winning a review by Publisher’s Weekly.
When she’s not writing, Barbara works in a library where she’s tortured by all the books she has yet to read. She’s a cult fan of the movies Labyrinth and Nightmare Before Christmas and a fan of all things Tim Burton. Barbara lives in Royal Oak, Michigan with her husband, daughter and a cat that often acts like a dog.