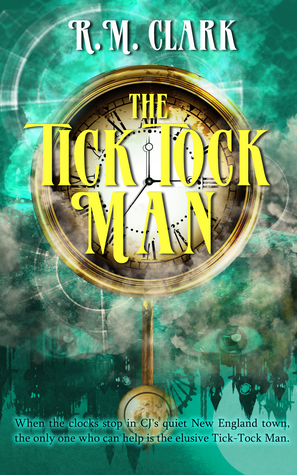 When the clocks in town stop, thirteen-year-old CJ discovers an unusual "clock world" where most of the citizens are clock parts, tasked with keeping the big clocks running. But soon the seemingly peaceful world is divided between warring factions with CJ instructed to find the only person who can help: the elusive Tick Tock Man.
With the aid of Fuzee, a partly-human girl, he battles gear-headed extremists and razor-sharp pendulums in order to restore order before this world of chimes, springs, and clock people dissolves into a massive time warp, taking CJ's quiet New England town with it.

It's Thanksgiving for CJ and his clock-loving family, but when he's the only one who notices that the clocks are all stuck on two, the adventure begins.

The author has created a fantastic world where clocks are so much more than they seem. It's an intriguing world and surprisingly easy to envision and learn about in the process. Although the beginning of the tale starts at a slower pace and allows the reader to sink in first, these first details fall into place around a steady  adventure the rest of the way through. The world is vivid and grows without slowing down the plot. There's so much for CJ to discover and all the things which seem unfamiliar at first, grow until they are hard to let go.

CJ is a thirteen-year-old boy who has some things to learn, but this 'growing up' message slides nicely into the adventure. It's no problem to feel for him, especially when faced up with his not understanding relatives. Fuzee, a part human girl, helps CJ mold into the world. But it's actually her who brings the tale to life. She's strong and adds so much zest to the story, making her a real treat. This mixture makes a great book girls and boys are sure to fall in love with. And this is a tale to enjoy. Before one knows it, the story captures and doesn't let go until the very last page. 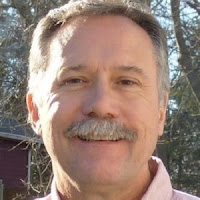 R. M. Clark is a children's book writer who lives in a small New England town with his wife, two sons, one dog and one cat. He is currently at work on his latest middle grade project. Clark is represented by Mel Stinnett of the Starlight Literary Agency.