Cover Reveal: The Shells of Mersing by Sharon Marie Himsl 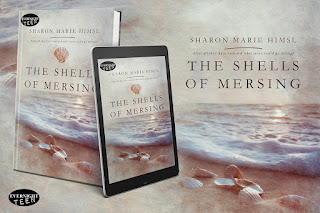 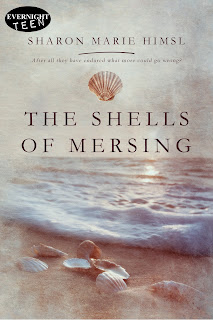 The Shells of Mersing
by Sharon Marie Himsl
Evernight Teen

When notorious Uncle Azman disobeys orders, and sends Callie and Lucas to meet their mother's long lost family in Malaysia, fourteen-year-old Callie believes their troubles are over. After all they've endured, what more could go wrong?
Their American dad is dead, Mom is missing, and their foster dad in Seattle was murdered, with Callie falsely accused. If that wasn't enough, Callie and eight-year-old Lucas stowed aboard a sailboat to escape, only to be targeted by their uncle’s boss in Hawaii upon arrival for immediate sale in Thailand’s human trafficking market.
Disguised in case Azman’s boss sends someone after them, Callie believes it’s simply a matter of time. They need to find safety with family in Mersing and begin the search for Mom, but a shell box, a ruby, and a boy from Chicago named Sam are about to change everything.

Sharon loves adventure. Whether traveling through Malaysia on a jungle train, sailing in the San Juan Islands, or flying in an experimental airplane she helped her husband build, her life has been on a road less traveled. She has experienced hurricanes tornadoes, earthquakes, volcanoes, and more. She has seen sunsets that take your breath away.

Her first publishing credit was as a travel writer in Malaysia, traveling by rail from Kluang to Kota Bharu on the now defunct "jungle train." Some of the Malaysian and Thai settings and characters she later wrote about in her novel, The Shells of Mersing, came from her experience living in Malaysia and the diary she kept.

As a storyteller, Sharon knows that facts and life experiences are the foundation of good storytelling. If she were to credit one life experience behind wanting to be a writer, it would be the term paper she wrote in the ninth grade on the bubonic plague. "I don't know why, but I have always remembered the pride I felt writing that paper," Sharon said. And if she were to credit a character in a book who inspired her, it would be “Jo March” in Little Women by Louisa May Alcott. Jo wanted to be a writer.

Today Sharon is working on a second novel at home in Central Washington, where she lives with her husband on the edge of a desert runway . . . but that's another story!

Email ThisBlogThis!Share to TwitterShare to FacebookShare to Pinterest
Labels: Sharon Marie Himsl, The Shells of Mersing