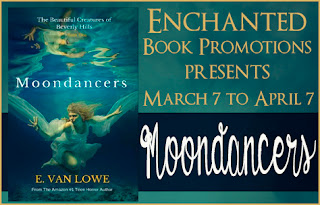 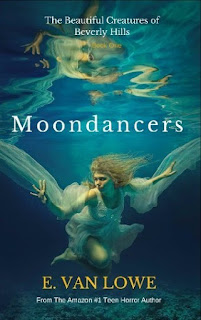 There is a creature haunting the swimming pools of affluent Beverly Hills. So far the creature’s kills have been confined to small animals, but now he has his sites set on the beautiful girl next door, and unless Josh Butters and his friends Alan and Conner can figure out how to stop him, Alexia Dupree and other gorgeous girls of Beverly Hills are going to wind up dead.
The summer of Josh Butters’ sixteenth birthday will be very different from all the summers that have come before.
That summer Josh will meet his one true love.
That summer there will be an amazing and romantic adventure
That summer one of them is going die.
Josh never saw any of it coming.
From the author of #1 Teen Horror novel Boyfriend From Hell and The Falling Angels Saga comes a new paranormal series that asks the question “Do you believe in soulmates?”

Conner Halsey, dipstick that he was, stood on the diving board yelling cannonball at the top of his lungs.

“Cannonbaaaaall!” he screamed for the third time.

Instead of jumping in the pool, Conner stayed planted on the diving board, eyes glued to the five foot hedge at the far end of the yard.

We were in my best friend, Alan’s backyard. The Feinmans lived in the biggest home on the block. They didn’t own the home. They were renters. The Feinmans once owned a large home three blocks from here, but when the stock market took that humongous nosedive several years ago, Alan’s stockbroker father’s fortunes plummeted along with the market.  While the stock market returned to form a few years later, Alan’s father’s fortunes never did.

The hedge that had taken hold of Conner’s attention that morning was at the property line separating the Feinman home from the home next door.  The home next door was occupied by a new family—the Duprees, and somewhere on the other side of that hedge, we all knew (or hoped) was a sixteen year-old raven-haired beauty. Alexia Dupree.

Alexia had lived next door to Alan for just three weeks, and during the course of those three weeks, Alan, Conner, and I had each developed serious crushes on her, despite the fact we’d barely uttered a word in her presence. In fact, you could have crammed every word the three of us had ever said to Alexia Dupree into one sentence—a very short sentence.

“Jump, already,” I called. “Cannonball should be followed by a splash that sounds like a cannonball.” 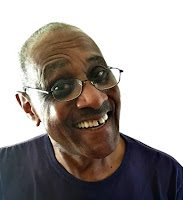 E. Van Lowe is an author, television writer/producer who has worked on such TV shows as "The Cosby Show," "Even Stevens," and "Homeboys In Outer Space." He has been nominated for both an Emmy and an Academy Award. His first YA Paranormal novel, "Never Slow Dance With A Zombie," was a selection of The Scholastic Book Club, and a nominee for an American Library Association Award.   “Boyfriend From Hell,” “Earth Angel,” “Heaven Sent,” and “Falling” are the four books of the Falling Angels Saga.
E lives in Beverly Hills California with his spouse, a werewolf, several zombies and a fairy godmother who grants him wishes from time-to-time.