Review: The Saga of Santa Claus by M.D. Couturier 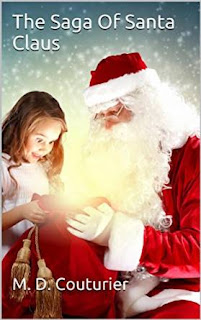 Valdor is a selfish king who cares nothing for his fellow human beings. One night, the god Odin turns him into a goat-man and offers a trial. If he succeeds, Valdor will regain his body and kingdom. But if he fails, he will be condemned to wandering the world as an outcast. In desperation, Valdor agrees. But little does he know that he is about to embark upon an extraordinary journey that will change his life forever.


The cover is so Christmasy! And then I read the blurb and the brain gears started turning--Norse gods and Santa?

As one might guess, this is the story of Santa coming to be. Now, this isn't a normal Christmas tale in the sense that we've come to hear them over the years. This one starts out full Odin style and brings images of Thor and all those other magnificent characters to mind. In other words, this is something especially boys ages eight and up will go wild for.

There's some humor, a dash of snark, and a very stubborn Valdor. The Christmas elves aren't exactly what one might expect, but they've got their own, terrific style. The story itself is nicely paced, never growing dull, and Valdor's reactions are a little surprising too. In other words, although the general outcome might be somewhat predictable, the path to it is not.

The story is written in a way kids will understand. It doesn't talk down at them, and it deals with something kids today will know about. The message is clear, and it's not delivered in a sugar plum basket with soft snowflakes. But it's by no means violent either.

In other words, this is a great, new twist on Santa which will grab today's boys (and girls too). It's also the perfect length for more stubborn readers. I can see how the cover might give them wrong impression, but this is totally worth a read. I can completely recommend this to any fans of Thor and Co., and parents of these kids who would love to see them read something a little holidayish. 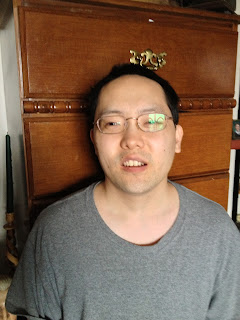 Born in South Korea, M.D. Couturier was raised in Michigan. Couturier, who is legally blind, once spent a month as an aid worker in Kabul, Afghanistan, where he unloaded supplies for an American dentist who was setting up a clinic there. When he’s not writing, Couturier enjoys listening to history books and watching movies.