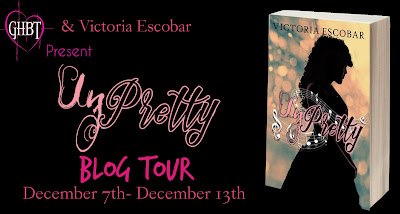 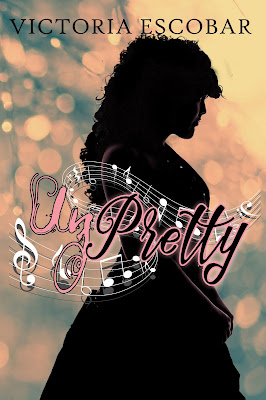 Being plain and average would be a step up for Sidonie. The book nerd, gamer geek with larger than average jeans doesn’t really fit in anywhere. Add a drunk father and a dump in the projects and she’s pretty much guaranteed to be a social pariah. There would never be a happily ever after in her future, unless her books counted. Instead, she has accepted her lot and surrounded herself with friends who genuinely love and support her.


Music. Art. Creating. That’s what made Sidonie remarkable. As she began to find a chance of happiness in her gifts, dark forces start to impact her future. A magical world she had no idea even existed could alter the course of her life forever—if it didn’t cut it short entirely.

Introducing Deveroux to Mrs. Thornbush had been a mass of awkward stuttering on my part, but Deveroux handled being the center of attention well as I faded into the background.
Relieved for the moment of the foreigner, I took my seat. Ormand shared an eye roll with me before batting his lashes in my direction. He had the same pretty boy opinion too. He understood me well. My stomach flutter a little from it.
“It’s nice to have you at North Fort Reisner High School, Deveroux.” Mrs. Thornbush shook his hand. “Now let’s see…”
I almost missed the flick of silver from Deveroux’s tattooed finger as he waited on Mrs. Thornbush. When I blinked, it was gone. Static maybe?
For a moment, Mrs. Thornbush eyes peered off into the distance before clearing. Since the woman could recite all of Shakespeare from memory her zoning out puzzled me.
“You can pair up with Sidonie. It’ll be best, won’t it, to have a semi-familiar face in a sea of strangers?” She seemed hesitant, so unlike her normal self, but then she nodded in a quick affirmative. “Yes. You’ll collaborate with Sidonie. She doesn’t have a partner anyway.”
“You are most kind.” Deveroux flashed a smile at her.
The class had an odd number of students so her logic was sound, in a manner. Ormand wanted to partner with me, but I insisted Wren pair with him. I did better work on my own anyway.
I glanced over my shoulder at Wren and Ormand. Wren’s disapproving expression unsettled me. She didn’t usually express negative motions so clearly. Ormand’s amusement had vanished. Their reactions weren’t the least reassuring.
“Sidonie, bring Deveroux up to date on the current assignment and its requirements.” Mrs. Thornbush added as Deveroux headed my way.
I resisted stabbing myself with a pencil to get away as he sat in the empty chair facing me. People I knew were hard enough to deal with. New people made me sick to my stomach a little. New people asked questions and that lead to things I didn’t want to share.
The way he plagued my life so fast creeped me out a little. I didn’t really take it to heart—I wasn’t worth stalking. Ask anyone.
His smile never faltered. “Do you always hate new people?”
My jaw twitched, the muscles bunching and vibrating. My teeth weren’t grinding yet but that wasn’t far off. “You’ll have a lot of work to do to catch up.”
“That will not be a problem.”
He scanned me again with those bright blue eyes of his. The look made me uncomfortably aware I wore an old band shirt and mostly clean blue jeans.
“What?” I tilted my head and waited with baited breath for whatever question he tossed my way.
He lifted a brow. “You will have to be more specific.”
I wanted to wrap my hands around his neck and shake him. Never, in my entire life, had one person infuriated me so badly. And I had no idea why.
“I’m waiting for some snide comment about the teacher’s pet, or the chubby nerd, or the round faced geek. What creative name are you going to come up with?” I kept my voice low so I couldn’t be overheard.
“I was admiring your freckles.” His face was so solemn I would have thought someone had died. “They remind me of the infinity of stars and thus make you as infinitely beautiful.”
My cheeks heated as I looked down at my hands. I couldn’t reply. Since compliments were so rare and often laced with barbs anyway, his simple, uncomplicated observation left me without anything to say.
“Are you often faced with ridicule?” Deveroux tilted his head to continue studying the infinity of stars.
“Not your business.” I opened my notebook to the assignment and slipped my glasses back on to read. “This is what we’re doing.”
Going over the assignment I mentally lectured myself. I had been annoyed from the start, from the time I walked out of class to picking up the newbie. His kind, the pretty people, ignored or belittled me, which made interactions with him awkward.
From the beginning, I expected some kind of taunt or jab. I prepared for attack before it even occurred. The realization left a nasty taste in my mouth and a hard knot in my stomach. How sad for me when I didn’t expect kindness from strangers? 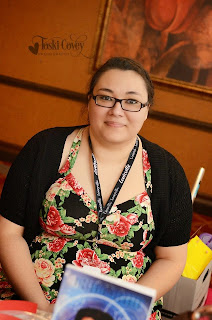 About the Author-
Born in Fort Lauderdale, Florida, but with the ability to claim eight states as home; Victoria Escobar writes fiction from her current home in New York. She writes whatever comes to mind and because of such has a variety of genres written including Young Adult, New Adult, Paranormal, Urban Fantasy, and Contemporary Fiction.