When Sparrows Fall by Diana Blackstone with Giveaway! 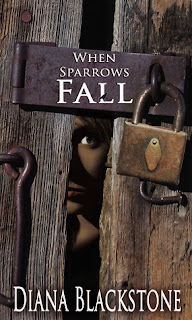 After her mother’s arranged marriage to her recently deceased father’s bitter brother, thirteen-year-old Susanna Stutzman faces a crisis of faith. Everything seems to be going wrong in her life.
As if her new father’s nasty temper isn’t enough, her cousin Mary, now her stepsister, hates her, as does her new teacher. When Susanna’s discovery of a strange nighttime visitor at her mysterious neighbor’s home leads to the unveiling of secrets, Susanna is forced to make a choice between her conscience and her Mennonite community. 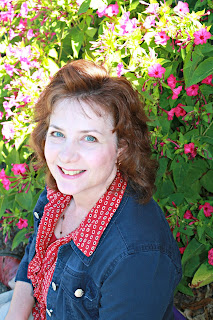 Diana has been a voracious reader since age nine when she discovered The Chronicles of Narnia after a librarian handed her the first book in the series. She credits hay fever for her interest in writing stories. Unable to play outside without misery from the age of ten, she spent half of every summer vacation inside reading and writing stories until the pollen count dwindled.
Diana serves as a high school English teacher and academic support coordinator. She originally chose to teach older students because she thought they would be able to manage their own bodily fluids better than little kids would. She’s discovered she was mostly right about that, and as a bonus, she finds teenagers a blast to spend her days with.
She lives in the Pacific Northwest with her husband Alan and youngest son Isaac. Her adult son Mitchell lives only a four-hour drive away, but Diana wishes it was four minutes instead. She has two cats. Her Maine Coon named Mister Mistoffelees weighs twenty pounds. He is as sweet as he is huge. The other is a feisty Siamese-mix named Sabrina.
Goodreads | Website | Facebook | Twitter