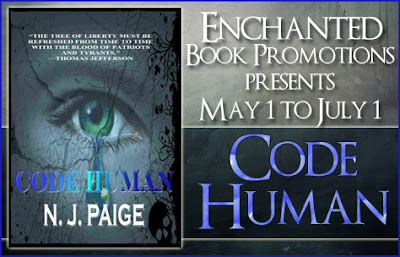 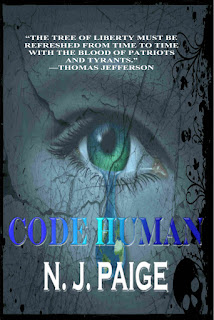 
A few days ago, I was living the life of the privileged elite—now I may not live through the night…
In a dystopian world, far in the future, seventeen-year-old, Fenesia Thornbark, loses her home, her way of life, and most of her friends and family, all at the hands of people she once trusted. With her parents dead, Fenesia is now responsible for her younger sister’s life, as well as that of several other orphaned children they meet along the way, while trying to find the resistance group who is fighting the corrupt government. As she struggles to survive in a hostile environment that is unfamiliar to her, Fenesia is transformed into an unapologetic killer—something she had never imagined possible in her former privileged life.

The Kakus have seen what Father has done. There is no turning back now. We are now enemies of our state, our country. They begin to fire at us, nearly hitting Mother in the head when a bullet grazes the wood beam she is standing by. She screams! And we go back toward the kitchen door. Moe, JoeJohn, and Sam the jeweler each meet us, bearing their own rifles. Not all of our friend Code Humans join us, though. Richard and Klein, two more of our neighbors whom Father has known for many years, well, they remain loyal to the Purest.
They move toward us, firing as they inch closer. Father, Moe, JoeJohn, and Sam try to protect us. They immediately use their bodies as shields, firing their own weapons at the Kakus. We hear a scream. It is Sam, and he now lies dead on ground. It’s all happening so fast—no time to think, no time to mourn the death of a friend.

We have to run! Move fast! Get out of here! We run toward the old subway station—left by our ancestors—in the square. We see our image flash across the DigiMax. Soon, the entire country will know that we are traitors, enemies of the state.


This takes place on Earth in the future after a large war has basically left the world in chaos. Fenesia is a young woman about to hit her adulthood, and we find her on her way to buy a dress with her mother and sister for the occasion but are immediately greeted with the unfairness of a cast system based on sheer looks. The highest class, the one Fenesia and her family belong to, is composed of people with blue skin and white hair, while the others have brown skin and yellow hair or other combinations.

We get to know Fenesia very well, since this is told from her viewpoint, and it's very easy to sympathize with her. I had a bit of trouble connecting with the writing--there's little dialogue, allowing everything to be described by Fenesia's thoughts--but still, found the plot driving enough that I didn't want to put the book aside and wanted to keep reading to find out what happened next.

The death scenes of her family are well done and my heart broke with hers, and her actions in general (and reactions) were easy to understand and made a sense--she's level headed, not perfect, but has a great heart and terrific drive. I had no trouble liking her, rooting for her, and feeling for her when things didn't go right.

The scenes are well described making it easy to dive into this world. I could taste the danger, understand the situations and felt like I was sitting there with her. Despite a few holes in why some things are they way they are, in general, it's a very solid world and pushes the story along nicely.

As to the plot itself, it's action packed. There's a lot of tension and emotions, and the danger seems to have no end. This is a story of Fenesia's journey, for my taste a little too much traveling since a specific end-point is never really reached--but I assume this is the first in a series. Still, I prefer solid endings or having things a little wrapped up, where this is more of a continuation story.

Summed up, despite my personal troubles with this, they were by no means enough to make me put down the book. I wanted to know what would happen next, felt for the main character and thought of her situation after I finished the last page (something that proves the story did its job well). There are several compelling messages, which also apply very nicely to our present world, and despite the dystopian genre often feeling over done, the world, twists and ideas made this refreshing. In other words, definitely worth a read!


N. J. Paige lives in Pennsylvania with her husband and two children. One of her favorite motto is "Life is a journey and must be taken one step at a time." And she enjoys hiking through her local forest, where she gets inspiration from forest Sprites and other woodland creatures.