Mommy and Daddy's Day: The Realm Below by Susan Rooke

It's time for another edition of Mommy and Daddy's Day here on Bookworm for Kids. After all, parents like to read too! Today, I have a lovely series, which digs deep into the realm of fantasy. It is violent at times. And it's an engaging read. 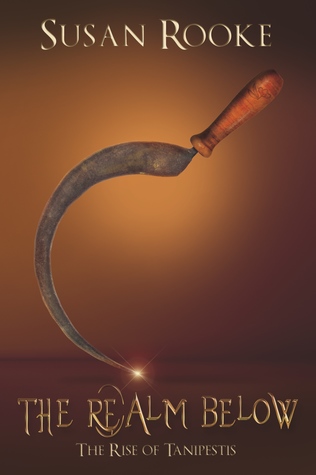 His powers diminished and his form greatly changed, Satan bides his time until
he can return to his terrible strength and his kingdom of followers. Cautiously hopeful
of Satan’s defeat, the Penitents have resumed their lives in the Space Between,
while contending with new additions and the tragic loss of one at the Keep.
In the Realm Below, chaos reigns among the leaderless demons. The monster
Tanipestis, no longer under Satan’s thumb, sees an opportunity to disturb the
balance of power among the Fallen.


When Satan discovers his disciples can be easily led astray, he decides to reinvent
himself. And what he does next will set off a desperate search across three worlds.


This is one of those reads which draws into a world so rich that it soon becomes familiar and the characters loved.
The Keep has survived evil’s attack and is trying to settle back into a normal routine, but not without its scars. The dragon is dying, a baby is underway, and the residents have each been deeply changed by the experience in their own ways. Life has gained more depth and reason, making concerns from before petty in comparison. At the same time, the Realm Below is undergoing huge changes—ones whose results are uncertain and strange. But the most shadowed change is found in Satan himself as he switches his goals in unexpected ways. The residents of the Keep are attempting to keep their guard up, but they have no idea what exactly they need to watch out for next.
This is the second book in the series, and I highly recommend reading the first book before diving into this one since the characters and plot steadily build from one book to the next.
In many ways, I enjoyed this book more than the first. The idea of the fairies, the Fallen and their place in existence has now gained solid footing, allowing the story and characters to unfold. And what for characters they are! This is not a usual tale about fairies, but rather surrounds the ultimate struggle of Heaven, earth, good and evil. These fairies have depth—tons of it. It’s hard not to feel bound to every single one as their hopes, desires, concerns, and problems lay open in an honest way. Not every character is good, and some are simply to hate. But every single one has their reasons and is written in such a way, that the reader gains a connection to them.
The author weaves the chapters through various characters’ points of view, allowing the various plot directions to dribble through smoothly and with perfect timing. While the characters of the Keep try to digest their own changed views, figure out how to handle and rearrange their own insights on life, the evil side also undergoes meaningful and intriguing changes. This depth on both sides and touch upon very human and understandable emotions from each, is what pulls into this read and makes in hard to put down. Neither side is perfect, and each have their own battles.
I thoroughly enjoyed getting to know the characters even better and found myself unable to put the book down thanks to the knowledge that something was going to happen but uncertain exactly what it would be. It’s a lovely, subtle tension, which adds to an already wonderful read. 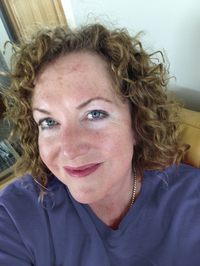 Susan Rooke is a Pushcart-nominated poet and author of the Space Between series. Her poems and short stories have appeared in publications such and The Christian Science Monitor and The Twilight Zone Magazine, among many others. She and her husband live surrounded by cows on a square of green, peaceful country in Central Texas. When she’s not writing speculative fiction and poetry, she blogs fortnightly about real life, food and cocktails at http://susanrooke.net.

Email ThisBlogThis!Share to TwitterShare to FacebookShare to Pinterest
Labels: Susan Rooke, The Realm Below, The Rise of Tanipetis