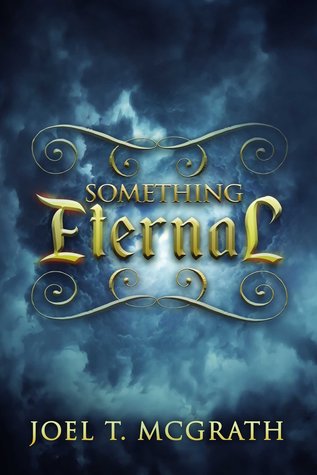 Free will is an illusion, destiny is a lie, and the truth is something in-between.
In our time, faith and wonder have disappeared. Most believe in what is seen, others in what is heard, yet a few know something eternal guides them.
Once, immortals had a singular vision—until the Shroud appeared. Now thousands of years of human history have been shaped by something other than humankind. Two immortal factions have developed a long-standing and ever-growing divide. Unseen to human eyes, immortal knights are trying to protect our world from the Shroud’s manipulations.
Yet, as the pendulum of power fluctuates between the immortal knights and the Shroud, an ancient evil arises. Dwellers threaten to unveil the immortals’ mystical, cloaked presence to the eyes of humanity.
Today, the most dangerous is that which is least likely, and the truly impossible lies in changing one’s mind.
And so begins the epic journey…

A war is brewing, one that will decide the fate of two realms even if both aren't aware that it's even happening.

Immortal knights are fighting to protect the human world as we know it from the Shroud, but an evil approaches which proves to be more powerful than expected. To make matters worse, Dwellers— monstrous creatures thriving and multiplying in the catacombs of Paris—threaten to unveil the existence of the immortal realm to humans. Add an immortal love which is caught up between the two sides, and the battle grows into one of epic measures. . .where no one can guess the outcome.

The moment I read the blurb, I wanted to get my hands on this one. As I sunk in, it wasn't exactly what I expected. . .and that isn't a negative thing. There are epic sword fights with powerful magic and weapons appearing out of thin air, there's the arrogance of immortals, romance which is torn and the terrifying threat of unknown monsters who suck the life out of people. So, all well in the fantasy end. But this doesn't read like a 'regular' fantasy tale.

The story is broken down into, at first, seemingly completely separate plots, which masterfully merge together. The first chapters start out with a dream, an immortal in an epic battle. The action hits full force, and immediately draws the character into an important moment. It took a bit to sink into these first pages, simply because the background came in bits and pieces among the action. The dream and reality merged, making it hard to know when one ended and the other began. But it pulls in hard and doesn't let go.

Unlike many books which switch points of view every chapter or so, this tale usually remains in one setting for awhile, letting it develop, before switching to one of the other situations. By doing this, each section had time to dig into a rich world of characters and setting, and let the portion of the tale really sink in. When the change came, it wasn't confusing but flowed well. For me, the moments could have switched more often, simply because I'd get so invested in one section, that when the change came, it took a moment to reel my head into the other characters. But this also means that I was thoroughly caught up in each moment.

The author does a great job at giving each character a very different personality, and each section a feeling of its own tale. It was interesting to see how all of it wove together and became one complete plot toward the end. This isn't set up like a traditional tale, and this makes the entire story refreshing and unique. While I enjoyed the world building (which is very vivid and original), I found it hard to connect with some of the characters. Especially Emma didn't win bonus points from me. At times, I found it hard to gain footing as the new sections filtered in. Still, the writing is engaging and I found myself stuck to the pages.

This is a great read for fans of immortal battles, a little romance, monstrous twists and those who are ready for a slightly different weave in tales. 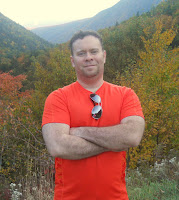 Joel T. McGrath resides in the beautiful state of New Hampshire with his wife and pets.
He is the eighth of nine children and is a nurse by profession. He is a movie and TV aficionado with a penchant for Transformers. Growing up in Boston, he became a lifelong fan of the Celtics, Patriots, and Red Sox.
http://www.simonandschuster.com/books/Something-Eternal/Joel-T-McGrath/9781682614716#
https://www.facebook.com/joeltmcgrath/
https://joeltmcgrath.jimdo.com/