Review: The Children of Manor House by R.A. Douthitt 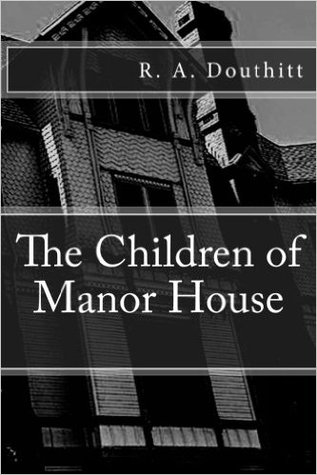 THE CHILDREN OF MANOR HOUSE
by R. A. Douthitt
Middle Grade Mystery/Thriller
318 pages


Mikey and his friends thought they had successfully freed the ghosts of the children in the garden, but they were mistaken. Now faced with a new mystery, Mikey and his friends must enter a haunted mansion, uncover its secrets, and finally bring the killer to justice once and for all in this final book of the Children series. Can Mikey trust a ghost to solve a mystery one last time? 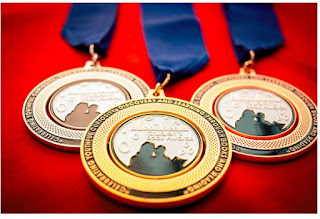 In a whirlwind of ghosts, mystery and layers of hidden secrets, this is a breath-catching ending to a series which is sure to keep young mystery fans on the edge of their seat.

Mikey and his friends have one goal, save Lexie from the evil gang of ghosts, but the rescue mission ends with an unexpected twist. Another murder mystery unfolds, this time one which involves the most well-known family of the town's history and present. Mikey promises to solve the mystery, but he already has his hands full with the full-fledged murderer still on the loose—one who landed his father in the hospital. To top it all off, Mikey's birth mother shows up and wants him back in her life too. It's an attack from all sides, emotional and simply deadly. Somehow, Mikey has to sort it all out before he looses everything, even the lives of his family.

This is the third novel in the series and should not be read as a stand-alone. The first chapter opens up as a continuation of book two, and the reader will be lost without the necessary background information.

What an ending to the series! If Mikey thought things were tough in the first two books, this one takes him on a high-speed roller coaster ride. Every twist, every turn leads him and his friends into a thicker weave of secrets, mystery and danger. It's impossible not to feel sorry for the boy, especially when his long-time run-away mother appears and hits him with an emotional concrete wall. Luckily, Mikey is surrounded by support: friends, family and unexpected newcomers too. While many think his ghost stories are crazy, others believe him. And this trust goes a long way.

Compared to the first book, this one takes ghosts up to a whole new level. While some need help and give a hand where they can, Mikey and his friends are up against some very evil, vengeful terrors. The suspense seeps from the pages, the danger is real, but yet, the author still keeps it tight enough to stay fitting for the intended age group, readers ages nine and up. It's creepy and the heart races, but it never tips into horror, gore or harsh violence.

Mikey and his friends aren't just ghost hunting and mystery solvers, they are a normal bunch of kids. The relationship side expands in this book too, allowing the characters to grow and form more intense bonds. Mikey has to battle more personal issues, which, for him, are harder than the ghosts. But all of these are problems and things normal kids of that age face. Add the corny jokes of his friends and the silly banter that sometimes gets thrown in, and the gang stays natural and comes across as a regular bunch of friends from down the street.

I can only recommend this series to mystery and ghost fans. Not only kids will love this one, but it's written so well that adults who are young at heart will be enchanted by this series as well. Definitely, not one to miss. 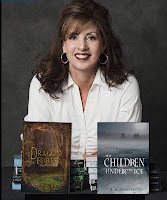 R. A. Douthitt is the Moonbeam Award-winning author of the Children series and The Dragon Forest trilogy. She resides in Arizona with her husband and their little fat dog.