It's Mommy time!!!
Every so often here on Bookworm for Kids, I post a book which is NOT written for a younger audience. After all, Moms and Dads like to read too. Today, I have a crime/mystery I discovered and wanted to share. But there are several violent scenes and touches upon explicit material (although the later holds itself to a minimum).
Enjoy! 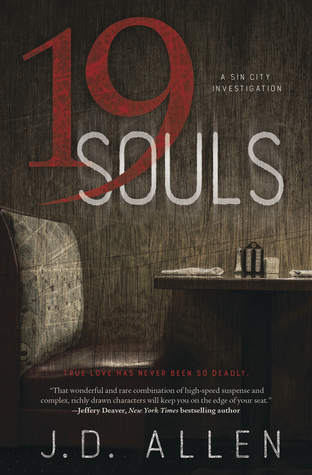 Private Investigator Jim Bean is a straightforward, to-the-point man. When his latest client, Sophie Evers, asks him to find her brother Daniel, Jim has no idea how complicated his life is about to become.Daniel is not Sophie's brother. He is her most coveted prey. Clinging to the belief that they belong together, Sophie kills Daniel's real sister to manipulate Jim into flushing Daniel out of hiding. She will create the "perfect life" for the only man she's ever loved, no matter how many people she must kill along the way.When Jim discovers the truth about Sophie, he's driven to set things right before her delusional plan claims even more souls.

This isn't a genre I usually grab up, but I'd heard lots of good things about this book and was excited to get my hands on it. I was not disappointed.Jim Bean (he changed his name at an earlier age) is a one man private investigator, who's often low on cash. When a potential client hires him to find her brother, nothing seems out of the ordinary until he catches up with the so-called brother and discovers that his client has murdered several individuals. The guy isn't her brother but her main goal, and Bean has lead her directly to him.While the mysteries I've read up until now have followed a 'who done it' plot, this one takes a slightly different turn. It's clear from the first page who the murderer is, and Bean discovers this himself already a third way into the book. But this is where the story really kicks in. The mystery turns into a hunt as Bean tries to scrape of clues on this very slippery murderer's past. There are plenty of unexpected twists and turns, and the murderer is nothing if not clever.Bean is fairly cliche—a solo private investigator, gruff, low on money, non-existent social life, and a bit bumbly. Or so he starts out. As soon as he figures out that he's been foooled, his character switches gears, and he's much more on top of his game. His past and personality gain more depth and even his 'love' life (nothing exaggerated by any means) starts to spark. But while his character gains momentum, the murderer's breaks apart.Sophie is crazy, and she's complex. Her intentions, kills and goals mix together as well as vinegar and milk. There are hints at why she's turned out like this, although this is only lightly touched upon. The author sprinkles in a bit of odd humanitarian sparks into her personality, which heads in the right direction to add a little sympathy. Both of these areas, however, could have used a little more exploration. Most of the book, she's quite clever and has laid out an amazing web. It's no wonder Bean has his hands full. If it weren't for the ending, I would have given it 5 -stars. While everything happens with high tension and exciting last moments, her character unravels to the point of almost making all of the build-up sour. Her decisions no longer follow the same line, nor do her last set-ups. Still, it is an explosive ending and wraps things up well. There's also enough hints open to lead into another high-stakes adventure, one I'm looking forward to picking up and getting lost in again.