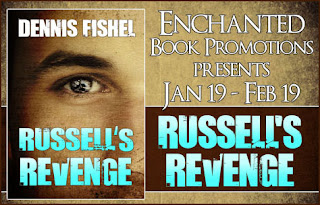 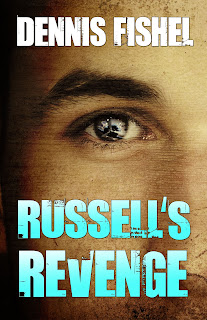 Fate has been messing up Dennis’s life for as long as he can remember. It was Fate that decided Russell Folmer—the biggest, ugliest, and meanest kid on earth—would live only two houses south of Dennis’s. Fate was also responsible for making Russell the same age and placing him in the same school. So who else but malicious Fate would arrange for Russell to be in the wrong place at exactly the wrong time when the bombs crafted from the only product a dog manufactures fell from Dennis’s experimental kite? Now, with dog dumplings decorating Russell’s extremely large and angry face, it looks as though Dennis’s days of successfully dodging the well-known bully are over. As the sound of Russell’s pounding feet gets ever closer, two questions flare up in Dennis’s panicked mind like neon in the blackness of a cave: What has he done to make Fate hate him so much, and how is he going to get out of this fix?
You can find this by. . .
iBooks: https://itunes.apple.com/us/book/id1059002145
Amazon (Paperback): http://www.amazon.com/Russells-Revenge-Dennis-Fishel/dp/1513703900
Amazon (eBook): http://www.amazon.com/Russells-Revenge-Dennis-Fishel-ebook/dp/B017Y5ZUJE/ref=tmm_kin_swatch_0?_encoding=UTF8&qid=&sr=

EXCERPT
Mr. Freeland opened his backdoor, poked his head out, and scanned the area, finally spotting me on the other side of the fence.
“Say, Dennis,” he shouted, “did you see someone throwing rocks out here a minute ago?”
My dad had always said that when opportunity knocked, only a fool wouldn’t answer. “Uh–yeah, Mr. Freeland, I did. Some kids on Ninety-Seventh were trying to hit my kite.”
“Well, let me know if you see them again. I’d like to have a talk with them, if you know what I mean.”
I knew what he meant.
Jay reappeared two seconds after Mr. Freeland went back inside. “That was quick thinkin’, man,” he said. “How’d you come up with that story so fast?”
“I didn’t come up with it, Mr. Freeland did. I told you rocks might get us into a mess and they came close to doing it. What if we’d hit the windshield on Mr. Freeland’s car?”
Jay shrugged. “What else can we use? Rocks are all we’ve got plenty of.”
He kicked at an object on the ground as he tried to think of something better to use for bombs. It took a moment, but he soon realized just what he’d been nudging with the toe of his sneaker and recoiled away from it. Our dog, Frank, had been in the area–in a major way. It was a downright miracle one of us hadn’t already stepped on one of his land mines. I was dimly remembering being told to clean up after the mannerless beast when Jay looked up, his evil grin betraying that a new thought had formed in his diseased mind. Purity not being one of my own flaws, I caught on right away.
“Oh, no! We’re not using that–that stuff,” I said.
“Why not? C’mon, man, it’s mostly dry on the outside. And you got’a admit it would make great bombs. It’s the right size, it’s lighter than rocks, it won’t make a bunch’a racket when it hits…”
“It stinks, Jay! It’ll get all over my kite and I’ll have to burn it. Then how do I explain the missing sheets to Mom?”
“Man, that horse already left the barn. You smeared rubber cement on ’em, you punched holes in ’em, you sliced the corners off of ’em…”
“You said I didn’t need corners!”
He shook his head, suddenly the innocent bystander. “I don’t know what difference missing corners on your bed sheet could make with all the other stuff you’ve done, but listen–get off this cleanliness kick and think of the possibilities. Picture Old Man Abernathy getting smacked with a load of the stuff.”
That image did have a lot of appeal, given Abernathy’s nasty attitude over a few smart-mouthed insults and maybe some minor rock damage to his mailbox. The thought of dog fudge sliding off the old man’s brow and into his bug eye was too good to ignore. “Yeah,” I whispered. “Dog flop from heaven.”

Owned and managed by dogs for most of his life, Dennis shares a home on Washington’s Olympic Peninsula with his four-legged boss, Sally. Together they pursue their interests in wooden boats, fly fishing, chasing down obscure historic sites, and hiking to remote places just for the fun of it.