Cover Reveal: The Raven's Daughter by Peggy A. Wheeler 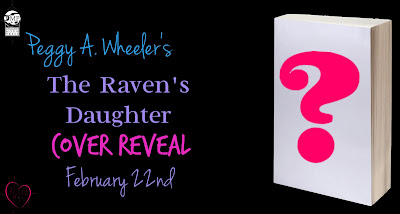 A Murdering Demon and a Myth Come to Life

After a police shoot out where she killed a man, criminologist Maggie Tall Bear Sloan retires
from the force to enjoy some peace and quiet in a rural California town. But when children are
murdered, she is recruited by the local sheriff to solve the gruesome killings.

As the manhunt intensifies, Maggie will do whatever it takes to keep her family safe from the
killer. Awake or asleep, Maggie is faced with a difficult choice: embrace her heritage, even if
that means turning into myth itself. Or deny that heritage and lose everything.

But to catch a killer, Maggie must accept her true nature as a “pukkukwerek”-the shapeshifting
monster killer of Yurok legend-or more children will die.

Maggie must find a way to trust herself again, learning along the way that not all things are as
they seem, and that some myths really are true. 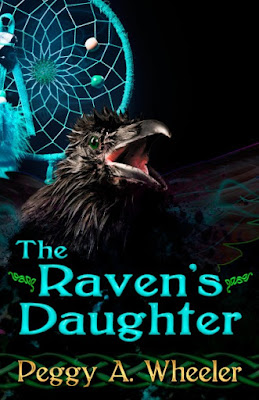 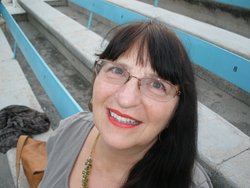 About the Author-
Peggy A. Wheeler is published under the names of Peggy A. Wheeler, Peggy Wheeler and Peggy Dembicer. Her non-fiction articles and poetry have appeared in a number of national magazines and anthologies. She has written for Llewellyn Worldwide. Most recently, she her
short story Mama’s Special Stew appears in WOMEN WRITING THE WEIRD II: Dreadful Daughters, by Dog Horn Press.

Her B.A. in English Literature is from U.C.L.A. Her M.A. in English with a Creative Writing emphasis is from California State University at Northridge. While attending U.C.L.A., Peggy was one of only twelve students (and the only undergraduate) chosen to study with Robert Pinsky, former Poet Laureate of the United States. She won first prize awards for two of her poems from an Evergreen Women’s Press nation wide poetry contest. Her poetry received honorable mentions from the judges of a Los Angeles Poetry Festival and The Academy of American Poets. Peggy’s poem Du Fu was nominated for a Rhysling award for Best Science Fiction Poem. Her manuscript for THE RAVEN’S DAUGHTER was a top ten finalist in the 2014 CCC Great Novel contest.

Email ThisBlogThis!Share to TwitterShare to FacebookShare to Pinterest
Labels: Fantasy, Peggy A. Wheeler, The Raven's Daughter