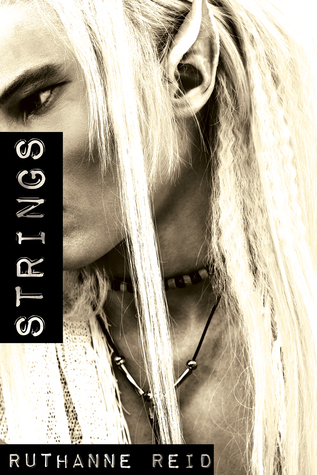 
He's a runaway Fey prince in New York City. He feeds on love like some kind of vampire. He really doesn't like people.But sometimes, fate doesn't care who you are or what you like. Sometimes, no matter what you do, you aren't the one pulling the strings.

Note: This isn't marked as a YA book, but after reading it, I believe it would be an interesting read for the teenage audience as well. The characters are, for the most part, adults but the anime feel will strike reader's interest, and there aren't any scenes which make this inappropriate for this age group (in my opinion).

The cover and blurb perked my curiosity on this one. I didn't read the first book in the series, but that didn't prove to be a problem. This can be read as a stand alone.

I had a pretty open mind when starting this story, which is important. Magic and all the creatures usually seen in a fantasy world are a given, and they are mentioned and appear as if they are as common as the flick of a wrist. That said, this book is placed in our normal, modern day world.

The first pages are simply a treat to read; the way the elf is introduced-and his magic-is poetic and beautiful. The introduction to his thoughts and character immediately drew me in, making me like him before the plot even began.

The plot itself held a nice, even pace. There's never a dull moment, and action is nicely mixed with quieter but still tense moments. Even the slower scenes had enough mystery and flair to keep them from dragging. Part of this has to do with the side characters. They maintain their own secrets and hints of dangerous sides, which kept me on my toes guessing at what was really going on or happening.

That said, this is a story which has an anime feeling. The main character is snarky and his actions a bit spontaneous. There are moments where the character speaks directly with the reader, which is a style I'm not necessarily fond of but won't hold it against the book either. There's humor mixed in with the tense scenes, keeping the story refreshing and never too dark or bogged down. It's definitely entertaining and makes for an easy read.

Summed up, this is a short, fun read which is packed full of personality, magic, danger and humorous snark. I only wish it would have been a little longer because I really would have enjoyed getting to know this fey better.

Email ThisBlogThis!Share to TwitterShare to FacebookShare to Pinterest
Labels: Among the Mythos, Ruthanne Reid, Strings