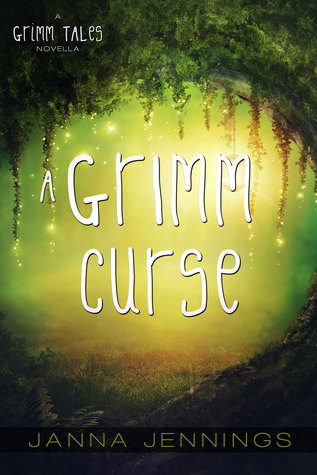 
“In this form you shall remain until a princess shows no disdain.”
Long before Andi woke up in a world that was not her own, her grandmother, Cynthia was entangled in the palace’s circle of glitter and privilege. Explore the dramatic history of Elorium in this standalone prequel to the Grimm Tales series. Lady Wellington’s obsessive quest to thrust a crown on one of her daughters’ head at any cost has ensnared Cynthia in a scheme that has her sidestepping the arrogant Prince Wilhelm who is determined to make her his bride. With a twist that could only transpire in a fairy tale, Cynthia rescues her own prince, Remington Landry III—cursed by a spiteful witch into the form of a frog.In the search for a willing princess to lift Remi’s curse, things do not go as planned. The frog-prince disappears, leaving Cynthia wondering at the state of their friendship. Without Remi, Cynthia finds herself a pawn of the ruler of Elorium and imprisoned by his henchman, Prince Wilhelm, who won’t take no for an answer. Cynthia’s life in Elorium is upended as revelations of who she is and the truth about their world comes to light in this stunningly reimagined fairy tale.

I'm a sucker for fairy tale retellings. So when I got a chance to read a free copy in exchange for an honest review, I was more than looking forward to digging into these pages. I did not read the first two books in the series, which didn't prove to be much of a problem. In other words, this can be read as a stand alone.
This was a wonderful twist on Cinderella mixed with the Frog Prince while throwing in a dash of several other tales. I enjoyed how the story followed the original stories in several ways, but still managed to weave out a completely new plot of it's own. It never felt forced into a certain mold (like these sort of stories sometimes do) but gave the characters distinct personalities, presented unexpected turns and still held the magic which makes these types of books so enchanting. The twirling in of various other fairy tales swung seamless with new additions, creating a world which feels familiar while offering all sorts of undiscovered territory.
Cynthia, the main character, is caring and under the finger of her step-mother and step-sisters, but has bite. Her lack of perfection gives her a wonderful strength while offering the right amount of edges and corners to give her a more realistic feel. The naive perfection that one gets in the original fairy tales isn't her thing, and some of her actions did make me wonder, but as the history behind everything began to be uncovered, her personality fits to her predicament. By the end, I was rooting for her.
The writing flows well, and I had no trouble getting lost in Cynthia's world. It was easy to hate or like the other characters, and I even wanted to punch a few of them in their noses. There are others which grew on me, and I hope to see them again. Although Cynthia stands in the center, the other characters aren't neglected. Their own stories and predicaments hooked me in, and I'm hoping to see where their stories end up too. There are several unanswered questions and some of the logic seemed to be missing, but I'm assuming some of this is covered in the other books.
Although this is offered as a Young Adult book, I personally believe that kids and teens ages 10 up to the younger end of the teens will appreciate this story the most.