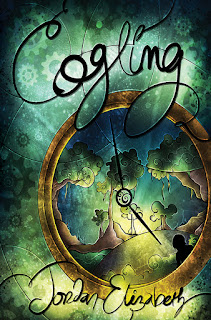 
When fifteen-year-old Edna Mather tears an expensive and unfamiliar pocket watch off her little brother’s neck, he crumbles into a pile of cogs right before her eyes. Horrified, Edna flees for help, but encounters Ike, a thief who attempts to steal the watch before he realizes what it is: a device to power Coglings—clockwork changelings left in place of stolen children who have been forced to work in factories.

Desperate to rescue her brother, Edna sets off across the kingdom to the hags’ swamp, with Ike in tow. There, they learn Coglings are also replacing nobility so the hags can stage a rebellion and rule over humanity. Edna and Ike must stop the revolt, but the populace believes hags are helpful godmothers and healers. No one wants to believe a lowly servant and a thief, especially when Ike has secrets that label them both as traitors.

Together, Edna and Ike must make the kingdom trust them or stop the hags themselves, even if Ike is forced to embrace his dark heritage and Edna must surrender her family.


I've had the pleasure of reading several of this author's books, and although I was sure this would be a fun, steampunk adventure, I was surprised to find that it was so much more than that.

This book opens up to a wondrous, fantastical world, where hags, magic, kings, humans and all sorts of other amazing things fall into place as naturally as if this world had always been there. Even new creatures fall smoothly into place, never feeling forced or foreign. And the characters. . .well, let's just say they are a real treat.

Edna Mather had my complete attention from the very first page. Her background is one of courage, hardship and love. She has a fighting spirit and is ready to sacrifice all to save her brother. It's impossible not to cheer her on as she storms off against all odds to save him, but still, never really takes on an overly self-assured role. She has moments of doubt, moments of weakness, and a secret which she's sure will ruin everything if ever found out. Her reactions are always level-headed, and there are times where fear almost gets the better of her. In other words, she feels very real and is one of those characters which burrows their way into a reader's heart.

There's also a heroic young man, Ike, who never wavers from Edna's side...one that will have girls reading this wrapped around his finger. Rachel is a girl Edna will never come to terms with but fate seems to have fun with the idea that they might. And there's the brother, a sibling even the reader's will want to protect. Even the other characters, and there are many of them, each have their own personality and add a nice touch whenever they appear. I've found favorites among them too.

This is an adventurous story with lots of action, danger and simply tense scenes. I was so drawn in that I couldn't put this book down until I hit the very last page. There were tons of twists and turns, unexpected moments where I sat on the edge of my seat, insurmountable odds and times when it seemed like the main characters might just have to give up.

Readers ages 10 and especially tweens will enjoy this. I wouldn't recommended it to readers younger than this due to a few gruesome scenes. But the older end of the middle grade audience will appreciate the sweet romance, slightly older characters (15 and 17), and the longer story length.

Summed up, this was a read that not only met my expectations but blew them away. The steampunk elements are present, but there are so many other magical and mystical creatures involved that it takes on more of a fairy tale feeling. Readers ages 10+ who enjoy getting lost in fantasy worlds with princes and magic and heroines with hearts of gold will love getting lost in these pages. I hope there are more adventures like this one to come. 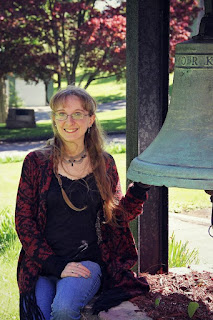 Jordan Elizabeth, formally Jordan Elizabeth Mierek, writes down her nightmares in order to live her dreams. With an eclectic job history of working as a college professor; historic costumed interpreter at Fort Stanwix, Victorian Leisure Fair, and Mayfaire on the Green; office specialist; sales clerk; election inspector; and trainer, she is now diving into the world of author.It happens to be her favorite one.

When she’s not creating art or searching for lost history in the woods, she’s updating her blog, Kissed by Literature. Jordan is the president of the Utica Writers Club and maintains JordanElizabethMierek.com.

She roams Central New York, but she loves to travel. A great deal of time has been spent in a rural town very similar to Arnn, the setting of her novel ESCAPE FROM WITCHWOOD HOLLOW.

Curiosity Quills Press (CQ) is a small hybrid publishing company specializing in genre fiction of the highest quality. With 150+ titles in our catalog already and approximately 6 new books coming out each month, there’s never a dull moment at CQ. We work with major retailers such as Amazon, Barnes & Noble, and Audible to ensure that you, the reader, can find whatever you are looking for at your convenience.
Founded in 2011 by Eugene Teplitsky and Lisa Gus, CQ was initially a resource portal for writing and publishing, created in an effort to help writers, like themselves, survive the publishing industry. After rapid success, CQ morphed into publishing press that over time has solidified its share in the market. Now we spend our days searching for the next great escape!