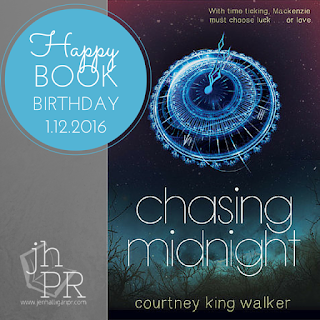 Mackenzie Love dreams of being a “lucky one”—someone who has the perfect life. Someone who doesn’t have to worry about money, a sick brother, or her high school status. So when a mysterious visitor offers to make all her wishes come true, Mackenzie jumps at the chance. But the royal lifestyle may cost more than Mackenzie is willing to pay in this modern twist on the classic Cinderella story.

I've been getting my thrill on fairy tale re-tellings lately, so I was all smiles when I got my hands on this one. My first thoughts: this is not as magical as I thought it might be. And that's a good thing. . .at least, as far as this tale is concerned.

The main character, Mackenzie, doesn't have a perfect life. Sure, she has people who love her and the bestie best friend ever, but her popularity is on the bottom and her family is battling issues, which would weigh anyone down. My favorite thing about her is that she has a good heart. Mackenzie would love nothing more than to change her life into luck. Not only in the sense of popularity and money, but she'd do anything to save the life of her sick brother.

There is a dash of magic, and it blends it nicely with the 'real' feel of the story--just a hint and never too much. The author does a fantastic job of taking Mackenzie on the trip of her dreams while still keeping the entire thing based in a 'normal' teenage setting. The dialogue and scenery comes to life and feels natural. It's no problem to fall into Mackenzie's world and feel as if you're right beside her as she battles her way through her magical problem.

The other characters are just as easy to sympathize with, and the problems between them reflect things teenagers can easily sympathize with. I appreciated the layers (good and bad) each character had, and the way the author was able to weave secrets behind every facade. Although the book maintains a nice sense of humor, there are several serious messages and lessons worked in as well. But this never feels preachy. As in every good fairy tale, the main character has a lesson to learn, and Mackenzie isn't any different.

Although there are several hints at the Cinderella theme, they are only lightly hit upon, leaving the plot and characters with a fresh and modern tone. There's never a boring moment, and it was never clear what problems she'd run into next...or how to solve them when she did figure out what was going on.

Summed up, this is a retelling with a very modern, high school feel. I can recommend this to YA readers, who like just a tiny touch of magic in a normal, high school setting. With a little romance. A little chaos. And a lot of heart. 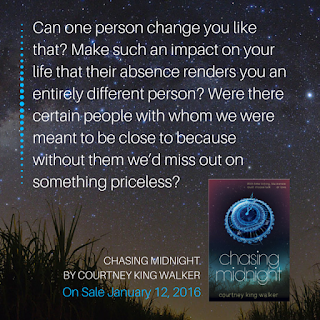 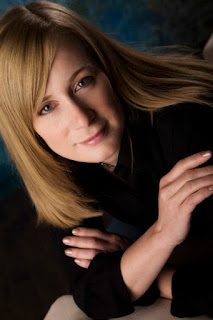 Courtney King Walker grew up in the San Francisco Bay Area building rocket ships and rafts out of
cardboard, hoping to make it the moon or at least Niagara Falls. But a trip across the border to Tijuana was as exciting as it ever got, so she decided writing about adventure was the next best thing. She now lives in the Rocky Mountains with her husband and four children, and still dreams of flying to the moon. She is the author of the young adult novel, ON THE FRINGE, and middle grade novel MOLLY PEPPER AND THE NIGHT TRAIN. Her next YA novel, CHASING MIDNIGHT, will be published January 12, 2016 by Cedar Fort Publishing & Media.


Go ahead and follow the tour! So many other goodies to see. 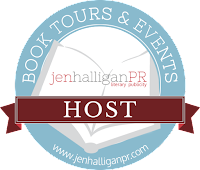