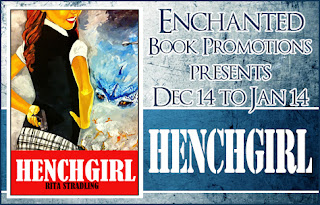 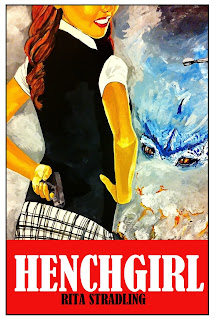 
I had never thought my life was ideal, but it had been manageable. By day I pretended to be a human, going to a 'human's only' high-school, making human friends and trying to get the attention of Keanu Hale, my school’s quarterback. At night, I worked as a henchman, making sure no one got in the way of my grandfather’s hotel-empire which spanned across the Mabiian island chain. I was my grandfather’s most cherished weapon, I stole and manipulated emotions, I would even drain someone of their ability to feel joy if my grandfather ordered me to.I won’t apologize for what I did, it kept my sisters fed and my grandfather from finding out that my mother squandered our monthly allowance on shopping and throwing extravagant parties. It kept my family alive. But more importantly, my job kept me from being trained to be a wife and married off to some rich and powerful dracon, a human-dragon hybrid, as all girls with one-eighth dragon blood are.As I said, my life was just manageable, until Wyvern Manderson vacationed to my island. Wyvern Manderson, the rich, powerful, and famous for something or other, half-dragon jerk, just kept showing up, sabotaging my missions and ordering me around. On top of that, for some reason he was always angry at me. Pretty soon I was suspended from further missions, facing eminent financial ruin and still had to see the jerk everywhere I went. When my friend Amanda from my human-high-school vanished, Amanda turned out to be Wyvern’s human half-sister he was keeping secret and protecting. Taking on the mission to find Amanda might have been what I needed to save my family from losing everything, but to do it I would have to spend all day everyday with the jerk. To top that all off, Amanda was not the only girl who disappeared, and when girls started being discovered dead I realized that my sanity wasn’t the biggest thing I would be risking in this investigation; I might very well be the next to die.

“Mele Alana,” said a very nice male voice.
The young biker revved his engine and maneuvered around his fellow bikers to drive up on the sidewalk, next to the store.
“Oh my gods,” Mele said, under her breath in disbelief. “Why is he here?”
“You’ll be riding with me on my bike,” The biker boy said giving Mele the kind of grin that should be illegal.
“He looks like he recognizes you too,” I said, “Does he have a name?”
“Unfortunately, and it’s Alika.”
“The Alika who—?”
“Yes.”
“And then—”
“Disappeared, yeah,” she said.
“He’s way cuter than you described him,” I said.
“Shut up,” she said.
“No wonder he’s looking at you like he’s imagining you sans clothing.” I smiled at her.
“Yeah, let’s see if I can do something about that,” she said.
Mele walked down the stairs, slowly. Even in her present disheveled state, Mele was absolutely beautiful and several of the bikers felt no shame in gawking at her walking down to Alika.
By the time Mele walked to Alika that boy had the biggest smile I had ever seen on a biker, he looked like Yule and his birthday had just landed on his lap.
Mele leaned forward and whispered something into his ear making the bikers around him hoot and cat-call. If it was possible, Alika’s smile grew even bigger.
Then Mele stepped back, smiled, made a fist and punched Alika in the face. It must have been a pretty decent punch because Alika’s head rocked back and when he righted himself a little blood trickled from his lip.
All the bikers were cheering and cat-calling now.
After rubbing his chin, Alika smiled a wicked smile at Mele which was even more wicked because of the fact that his mouth was bloody. “I knew you missed me,” he said.
“I did not. I hate you.” She stomped off toward Wyvern’s car.
“Unlock the car,” I said, “Now, before she gets there.”
The smirk Wyvern gave me was full of mischief.
“You dragon-infected her, the least you can do is help her make a good exit,” I said.
He grabbed the keys and clicked the car, unlocking just in time for Mele to open the car door, climb in and slam the door behind her.
Wyvern’s hand brushed against mine as he dropped his key back into his pocket and even that little contact sent tiny tingles through my hand and up my arm. His hand did not move away and I did not want to acknowledge the touch but I wasn’t quite ready to break from it either. I stayed very still and so did he, our hands barely brushing.
“If we wait much longer, she’ll look pretty ridiculous,” he said.
“Yeah,” I said, but neither of us moved.
The back of his hand lightly moved up the back of mine. Ever so gently his fingers made their way around my wrist. The touch was so light, his fingers barely brushing the inside of my wrist and then they crept lower slowly down my palm.
I considered for a second, maybe we could hold hands; I could just walk around holding his hand and it would mean nothing. I could do it because I wanted to and it felt amazing and for no other reason.
His fingers finished their crawl down my palm and started to web their way through mine.
I stepped away. “You’re right,” I said, “We should go.” And then I quickly walked down the stairs and climbed into the car. 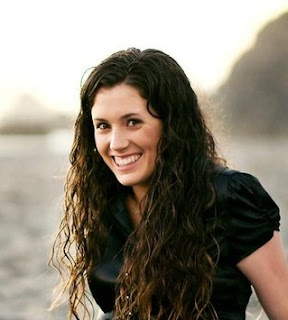 Rita Stradling  lives with her husband and son in Northern California. Her six year old son wants to be a train when he grows up.  She has a BA in Art History and a particular interest in modern and medieval art.