Cover Reveal: Be Careful What You Witch For by Thomas Hoobler

Title: Be Careful What You Witch For
Author: Thomas Hoobler 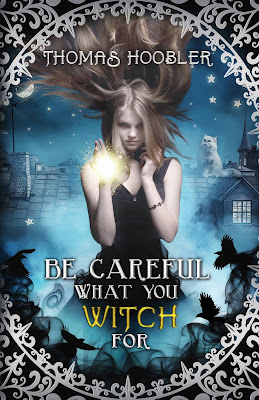 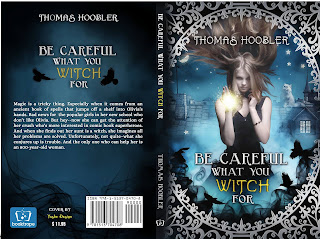 Magic is a tricky thing. Especially when it comes from an ancient book of spells that jumps off a shelf into Olivia’s hands. Bad news for the popular girls in her new school who don’t like Olivia. But hey–now she can get the attention of her crush who’s more interested in comic book superheroes. And when she finds out her aunt is a witch, she imagines all her problems are solved. Unfortunately, not quite–what she conjures up is trouble. And the only one who can help her is an 800-year-old woman. 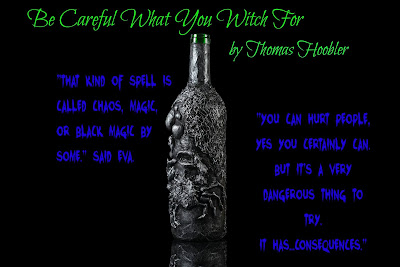 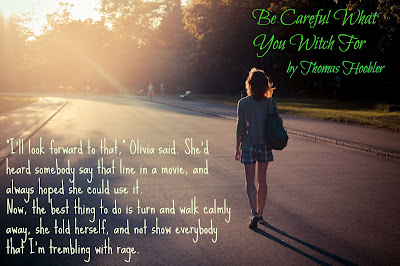 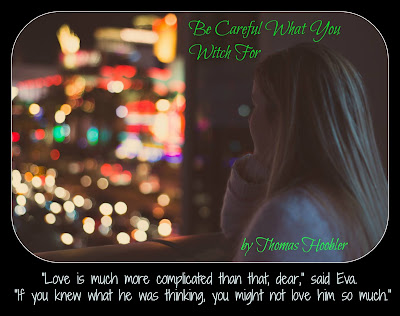 Thomas Hoobler has written nearly 100 books with his wife Dorothy, and some more by himself. The Hooblers are the co-authors of the Samurai Detective Series, which tells the adventures of a boy in 18th century Japan who helps his samurai father solve mysteries. The third book in the series, IN DARKNESS, DEATH, won an Edgar as the Best YA mystery of 2004. The Washington Post also chose the book as one of the Best Children's books of that year. Tom won $500,000 on the quiz show WHO WANTS TO BE A MILLIONAIRE, making it easier for the Hooblers to follow their career. They have written history for children, young adults, and adults.

Email ThisBlogThis!Share to TwitterShare to FacebookShare to Pinterest
Labels: Be Careful What You Witch For, Thomas Hoobler, YA Fantasy