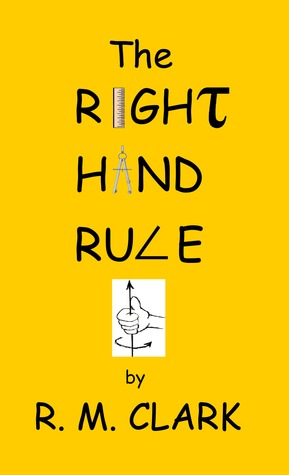 Amy, Amanda, Marshall, and Ziggy expect their middle school to be empty on Saturday morning so they can get ready for the regional science fair. They don't expect a botched experiment to attract a horde of time-displaced ancient Mayans when their unusual science advisor, Frederick Froth, goes missing. The four must use their unique science skills and work together as they grapple with a Mayan god, the Dark Rift, and the principles of science to rescue Mr. Froth.

If only all science fairs were as neat as the one in this story! I think all kids would be preparing projects and diving in. So I'll start this review with saying - 'Teachers, read this. THIS is how to get kids interested in a project." (And I say this with a smile because such a fair wouldn't be easy to pull off.)

But now, for the kid review because this is who the book is actually intended for:

From the very first page, I liked Ziggy. His character is fun, a tiny bit arrogant and way brainy. But then, all of his friends are quite the thinkers. The four are each very different from one another, and although they don't get along at first, they grow together as their 'test' takes its course. It was nice to watch them team up despite their differences and contribute their individual talents to get the job done--a great message for young readers. Even if they didn't get along, working together is invaluable.

But this book isn't about messages. The pages are packed full of scientific and some historical information. Kids, who have an interest in facts and not just fiction will eat this up. The author does a good job of making the information fun while explaining it in a way kids will understand. However, there were times that it was too much. As each character must grab back on their science project to help solve the mystery the technical details were thrown in one after another. Although it all works to solve the mystery at hand and keeps a fast pace, it was a bit over-whelming at times, and just pure story for a page or two more often in between would have offered a little break for the mind. I hope this won't drown kids. But the information itself is good. Very good. And science fans will definitely get their full thrill while accompanying Ziggy and his friends as they try to solve the puzzle.

About half-way through the book, things really take off, and honestly, this is where the story first grabbed me. Although it's interesting to watch the kids try to use their knowledge to solve the puzzle in the first chapters, the stakes and true adventure starts later. The game rules change as something unexpected and fantastical happens, letting the tension finally mount and giving the kids a real reason to solve the puzzle. After this change, I couldn't put the book down.

The writing is perfect for the intended age group (ages 8+) and will pull kids in. The familiar school setting is easy to fall into as well as how the kids speak and handle each other. Ziggy and his friends are likable, and it's no problem to cheer for them at the end.

This is a fun mystery, which will appeal to science fans or kids who simply like interesting facts and know-how mixed into their story. I hope there will be a sequel because the idea behind this mystery is very good.