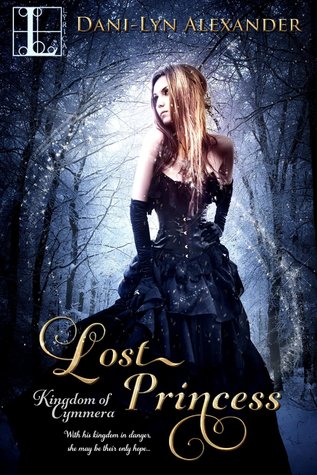 
Ryleigh Donnovan’s life changed forever the day she met Jackson Maynard, a Death Dealer, and followed him home to the kingdom of Cymmera. Now she is trying to care for her sister while saving a realm she knows nothing about…Jackson has reluctantly accepted the throne of Cymmera, in place of his father. But his world is in turmoil, the kingdom under constant threat of attack. Worse still, Jackson suspects there is a traitor among his court. A powerful prophet has suggested a way to protect the realm, but that solution may drive Jackson and Ryleigh apart forever…When a magic relic goes missing, Ryleigh has no choice but to journey in search of it. When Jackson discovers Ryleigh is missing, he must make a choice that will either claim their destiny, or bring an end to the only home he’s ever known.


Before I get into the review, I have to say that I read this book (the second book in the series) without reading book one first. That was a mistake. Although I was able to figure out what was going on, it would have made it much easier to immerse myself in the story if I'd known what had happened up to that point. In other words, not really a stand-alone.That said, I was very excited to read this. The cover is gorgeous and the blurb guaranteed that it was right down my alley. We start with Ryleigh (the somewhat princess) in the human world with her sister. Even on that very first page, they face danger. The pace doesn't stop from there. Ryleigh constantly faces her own indecision about who she is and what she wants, while going up against an evil force. To make the layers nice and thick, no one knows who the true enemy is, what their intentions are, or even how many others have already sided with them. This constant fog of treachery, lies and deception grows heavier each time an answer is found, making it a grabbing plot which doesn't let go until the end.I'll admit, I found the first chapters rough. Not only was this due to my lack of information (which was my own fault), but the emotions and reactions of the characters seemed to drop heavy like a brick. It felt a little choppy and sometimes a bit lacking in lead-up. But I'm so glad I didn't lay this book down. As Ryleigh slides into the other reality and tension mounts, the story takes flight. All the roughness disappeared, and I was swept away in the magical land.I learned to adore Ryleigh. Her somewhat meek and unsure character does a fantastic transition, which had me cheering for her. The self-discovery is inspirational, and I find her a great character for the intended age group. Jackson, the reluctant King and her heart's desire, doesn't come over quite as smooth. He's heroic and likable, but Ryleigh's character definitely takes center stage.The descriptions in the book are well done, never too much but enough to make it easy to slip into the scenes. I found that the author did a great job with the fight scenes, and despite the violence, managed to relay the brutality with grace. Despite the dragons, magic and immortal creatures, there's enough modern feel to this to keep it familiar. The dialogue, the characters and the way Ryleigh and her sister react mirrored that of fairly normal teenagers. I especially appreciate the occasional sparks of humor and sarcasm there when they were needed most. In other words, I enjoyed this and can recommend it to paranormal/fantasy friends.