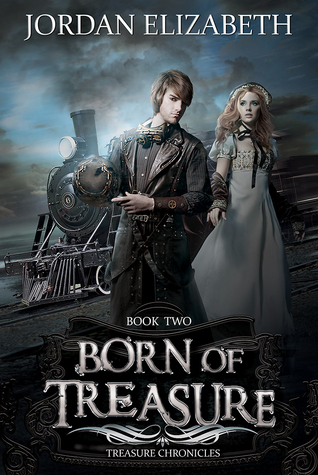 
Clark used to be a miner, until he drank from a vial he swore wasabsinthe but was actually an invention to give him the ability toraise the dead. Now Clark seeks to fulfill his father's wishes tokeep other inventions away from Senator Horan. His beloved Amethyst is along for the ride. Deceit, drama, romance, the insidiousunderbellies of gangs...How can she not be involved?Clark can't hide behind the Treasure name forever and the army stillwants him for his secret abilities. If Captain Greenwood can't snareClark, then he'll use the Treasures as collateral. Saving hisfather's inventions will just have to wait, especially now that theTreasures have been kicked off their ranch and driven into exile.Clark knows how to survive on the run, but that’s not the fate theTreasures deserve. He can surrender to the army or fight for hisfreedom, but Amethyst has other plans for fixing their troubles.She’s come across another one of the vials that gave Clark hisabilities, and it looks mighty tasty.

After reading the first book in this series, I had high expectations of what was to come. Fun characters, tons of action and steam-gear fantasy which leaves one dreaming for days--yep, this is what I hoped for, and I wasn't disappointed.

Clark and Amethyst are a couple to fall in love with. They have a wonderful bond which is, of course, romantic (a little), but mostly fun. Their personalities are like grease and water, so different and not seeming to co-exist. But they do. Marvelously. And it's exactly this opposition of poles which makes them entertaining to follow as they head off into adventure.

And they definitely have adventures.

Clark is still being ruthlessly pursued by the army. . .and the Senator. . .and others too. This time, they back him into a pretty good corner. The chase is thrilling and each time it looks like Clark finds a way out, a new predicament has him in even more trouble than before. I especially appreciated that not all of the heroes plans were flawless, and some lead them to more trouble than before. These mishaps had me cheering for the heroes more than before.

This isn't a deep, emotional story but rather an exciting ride. Still, the characters aren't flat as paper. We see Clark still struggling with his past, and more of him trying to come to terms with who he might be (although not always in the way one might expect). Amethyst is ever true to her lovely, spoiled princess self, but never ceases to surprise with actions which point to more than superficial goals. Although at times frustrating, Amethyst is a true delight.

As to the believability--well, this is steampunk. So fantasy is required, but in general, the logic works well. I never found myself wondering about holes or sudden jumps, and felt fairly planted in the world. The gadgets are fun. Some far fetched, but it all remained in the same sphere and played along with the story nicely, especially when the action is going full swing.

Summed up, this is a fun story. The action is non-stop, the characters are simply enjoyable, and the plot keeps the reader on their toes. I can definitely recommend this to any Steampunk fan and wish them a thrilling ride. 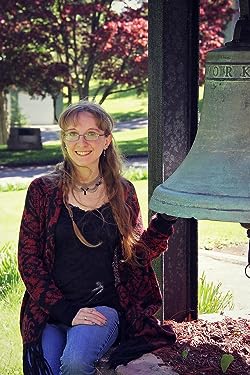