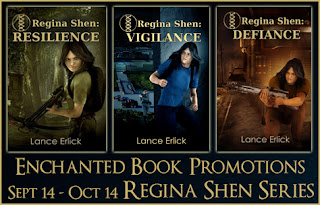 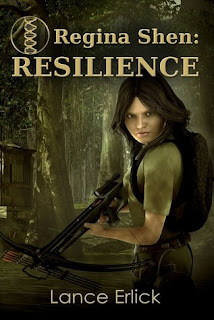 Outcast Regina Shen is forced by the World Federation to live on the seaward side of barrier walls built to hold back rising seas from abrupt climate change. A hurricane threatens to destroy what’s left of her world, tearing Regina from her family. Global fertility has collapsed. Chief Inspector Joanne Demarco of the notorious Department of Antiquities believes Regina holds the key to avoid extinction. Regina fights to stay alive and avoid capture while hunting for her family. 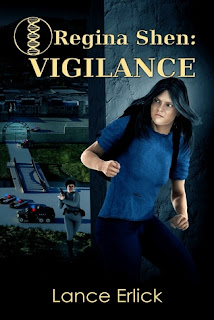 Regina Shen is pursued by the notorious Department of Antiquities for her unique DNA. She jumps the Barrier Wall into the Federation to find her kidnapped sister. Stuck on a heavily-guarded closed university campus, she must use her wits to escape and rescue her sister without letting either of two rival Antiquities inspectors capture her. 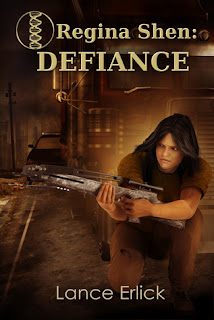 Regina Shen has DNA the Federation believes can reverse a global fertility collapse. Rival Federation agents fight over capturing Regina to gain power amidst turmoil over who will become the new World Premier. Regina has to flee from Virginia through desert and wilderness to Alaska to hunt a treasure big enough to barter for her freedom and that of her sister.

Lance Erlick likes to explore the mysteries of intriguing worlds with remarkable, often strong female guides facing and overcoming adversity as they try to change their world. He hopes readers will enjoy his writing as they discover different worlds, going places they may never have been.
He writes science fiction thrillers, appealing to young adult and adult readers. He is the author of the Rebel series. In those stories, he explores the moral consequences of following conscience. He wrote the Regina Shen series—Regina Shen: Resilience, Regina Shen: Vigilance, and Regina Shen: Defiance. This series takes place after abrupt climate change with a new society under the World Federation. Lance is also the author of short stories and novelettes.