The Secrets of Yashire by Diamante Lavendar 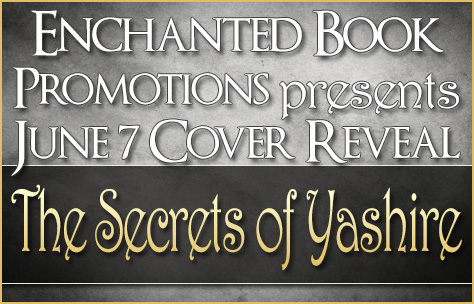 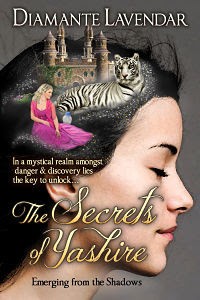 
Emerging from the Shadows
by Diamante Lavendar
YA Fantasy
160 pages

The Secrets of Yashire: Emerging From the Shadows is a young adult fantasy adventure that occurs within the framework of a young girl’s subconscious mind. The main character, Brianna, finds herself thrown into a world called Yashire where she is forced to deal with circumstances that are threatening Yashire’s existence. Against her will, she is sent on a journey to restore unconditional love back to the land while also contending with the evil force in the land, Zolan. Brianna is sent on her mission by Libban, Keeper of the Land. Along the way, Brianna travels with the mystical tiger, Angelos; a huge, whitish-tan tiger with thick black stripes who sings only the purest songs of love, and the wondrous little one-eyed bird named Abiba. During the journey, Brianna is also preparing to meet her soulmate—the one she longs to be with and the one who will bring complete healing back into her life. Together they travel through fantastic lands filled with magical creatures that could only exist in the wildest of imaginations. Through her treacherous brushes with danger and heartwarming experiences of love and acceptance, Brianna discovers many things. It is here, amidst the powers and phantasms of the mind that Brianna receives life lessons and virtues to help her. Will one of her greatest triumphs be achieved as she learns to believe in herself? For only then can she truly see all of the wondrous things that life has to offer.

Diamante Lavendar has been in love with reading since she was a child. She spent many hours listening to her mother read to her when she was young. As she grew older, she enjoyed reading novels of all genres: horror, fantasy and some romance to name a few.
She began writing in college and published some poetry in anthologies over the years. After her kids were older, she wrote as a form of self expression and decided she wanted to share her stories with others.
Most of her writing is very personal and stems from her own experiences and those of her family and friends. She writes to encourage hope and possibility to those who read her stories.
Diamante believes that everyone should try to leave their own positive mark in the world, to make it a better place for all. Writing is the way that she is attempting to leave her mark—one story at a time.

Email ThisBlogThis!Share to TwitterShare to FacebookShare to Pinterest
Labels: Cover Reveal, Diamante, Lavendar, The Secrets of Yashire, YA Fantasy