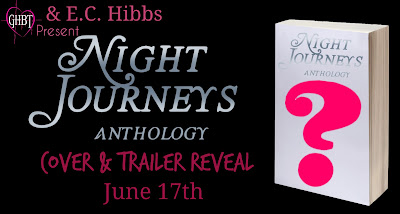 In this mini anthology, E. C. Hibbs presents three unique tales of suspense, fantasy and adventure. Enter a forest that springs from Grimms’ fairy tales, on the trail of a little girl with a joy of the macabre. Discover the overgrown gardens of Caslowe Hall, where a forgotten secret takes shelter. And also featured is Walking with Strangers: specially written to celebrate the 150th anniversary of Alice’s Adventures in Wonderland. Hailed as a “very imaginative ode with some fantastic zingers”, a young starlet enters into a weird world of her own, where forwards and backwards are not quite as she thought.
You are cordially invited to take a journey
Or three…
Walking with Strangers
The Harbingers
Deciduous
You can check out the trailer here! 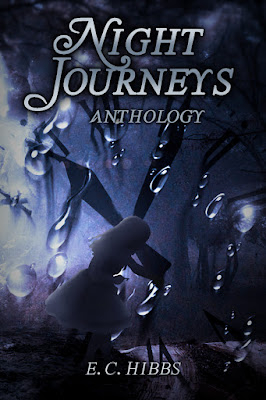 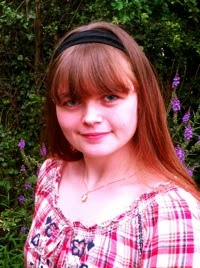 About the Author-
E. C. Hibbs has lived all her life in Cheshire, north-west England. A lover of stories from an early age, she wrote her first 'book' when she was five, and throughout school was a frequent visitor to the younger classes to read her tales to the children.

Living so near the coast, she loves anything to do with the sea. She studied Animal Behaviour at university and longs to work with marine mammals in the future. As well as nature and animals, she also has a soft spot for history, and loves paying visits to castles, cathedrals and museums. She also runs Elphame Arts; creating unique portraits in both digital fantasy and graphite mediums, as well as book and CD covers.

There are many things she could be without, but writing isn't one of them. She carries a pen everywhere, in case an idea appears, and takes pride in still seeing the world as brimming with magic. Besides writing, she reads obsessively, her favourite genres being the classics and all kinds of fantasy. She also enjoys Disney and horror films, practising Shotokan karate, drawing, archery, hiking up mountains, and playing with her very cheeky cat.
Website: www.echibbs.weebly.com
Facebook: www.facebook.com/echibbs
Twitter: www.twitter.com/echibbs
Goodreads: http://www.goodreads.com/author/show/6571427.E_C_Hibbs
Youtube: http://www.youtube.com/channel/UCbjx3A43ygTUWxr3EyFjQTg
Elphame Arts: www.elphamearts.weebly.com
WANT AN EXCLUSIVE SNEAK PEAK AT NIGHT JOURNEYS?
JOIN IN THE PARTY FOR BLINDSIGHTED WANDERER’S BOOK BIRTHDAY!
https://www.facebook.com/events/415436035308126/?ref=1