Review: To the Bone by J.R. Johansson

Looking for a creepy read just in time for Halloween? The one I have for you today is definitely worth a thought. Not only does it take place in Paris...ahhh, Paris! But it is chilling to the bone. And there are so many bones. 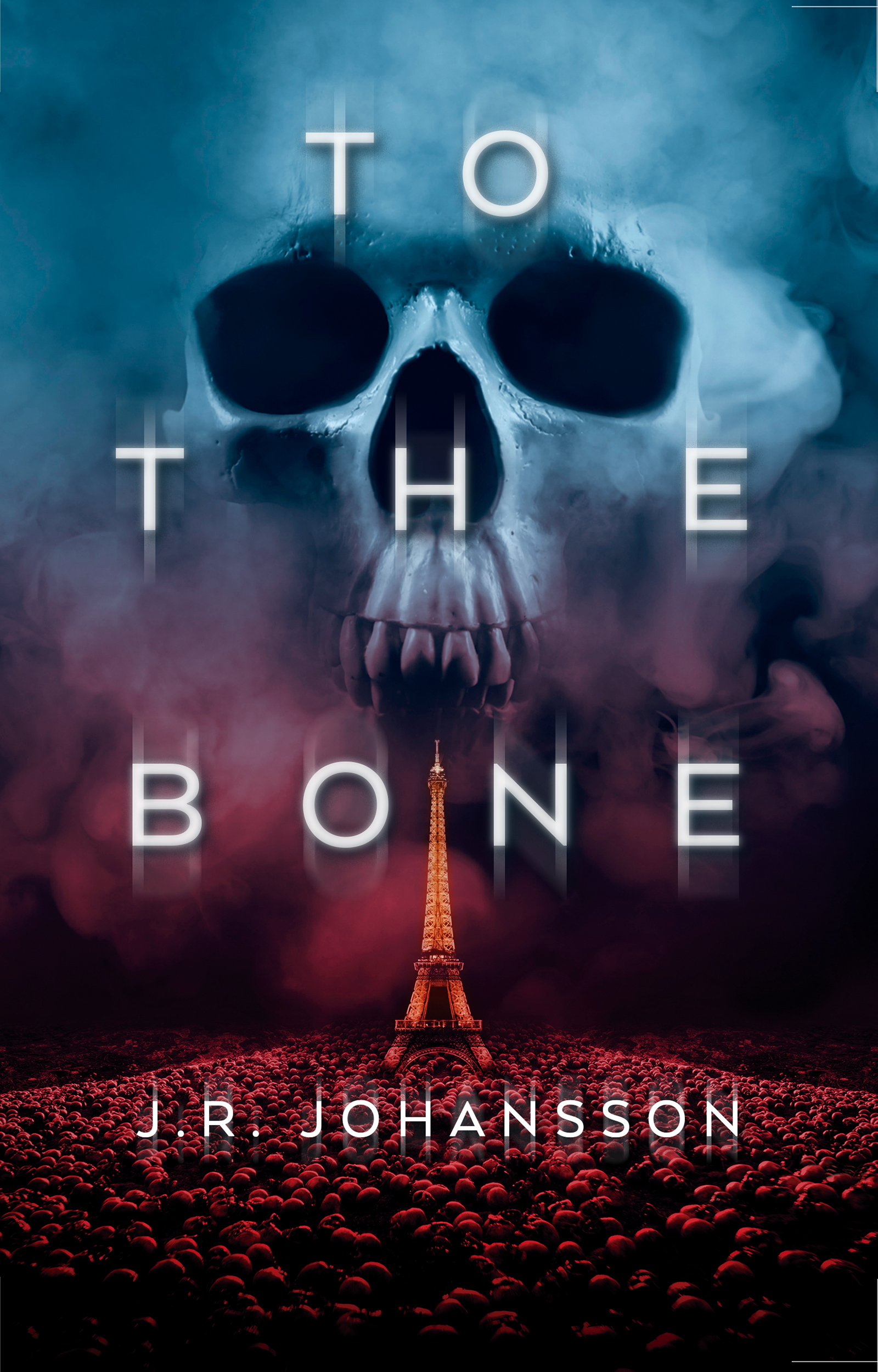 TO THE BONE
by J.R. Johansson
Young Adult Thriller
276 pages

Seventeen-year-old Harley Martin has been obsessed with Paris for years. Between her passion for studying architecture and wanting to spend time with her cousin, Gretchen, there's nowhere on Earth that she'd rather go. So when Harley's parents feel guilty enough about their constant fighting to offer to send Harley to visit her cousin, Gretchen, she doesn't hesitate.But Gretchen and Harley have both changed in the years they’ve been apart. In an effort to rekindle their friendship, Harley agrees to Gretchen’s suggested activity, even though it’s outside her comfort zone: a tour with Gretchen and her friends through the off-limits section of the Paris Catacombs. Miles and miles of tunnels deep under the city, filled with the remains of more than six million people.When a cave-in kills their guide and leaves the group injured, terrified, and lost with limited supplies, they must search for a way out from the endless maze beneath the city of light. But surrounded by shadows, it's hard to tell friends from enemies. Harley doesn't know if she can trust anyone, including her own cousin. If they ever want to get back to the surface, they'll have to fight for everything they hold dear--for their sanity, their humanity, their very lives--in a place that only embraces death.

MY TIDBITS
With the perfect setting of the caves and passageways deep underneath Paris, this is a thriller which leads in unexpected turns and adds more than a few chills along the way.
Harley's life has blown up in all directions thanks to her parents sudden decision to get a divorce. By some miracle, she got them to agree to let her visit her very famous aunt and not so famous cousin in Paris. Pressure from her cousin has her agreeing to go on a not so legal tour of underground Paris. Even though the guide is well-known and experienced, strange things begin to happen while they tour the bone filled passageways and caverns. When an accident leaves the group stuck and the guide dead, they must pray they find their own way out...and that not only before they starve or die of dehydration. They are being hunted. One by one. And the killer might be one of them.
There's something about the underground realm of Paris, which already launches the imagination into the deepest and darkest shadows. This book takes that and flies away into a suspense packed adventure with chills and thrills at every turn. It is a thriller and does hold the reader at the edge of their seat, especially because the characters are sweet enough to root for until the end. Or maybe not? It's hard to guess true intentions and what secrets each one hides.
Harley comes across as a nice girl...just one who is a little at a loss thanks to something she has absolutely no influence over. And her cousin, who wades in the rebellious world, has her reasons and is pretty easy to connect to. The others are strangers, but the author quickly builds up each personality and makes them likeable enough to be hard to suspect. They make mistakes but come across naturally.
The setting in this one is what makes the tale. Not only does the idea already set the reader's mind in the right mood, but the world building shows that the author knows what she's talking about. And if I read her bio correctly, she has visited these herself. The descriptions lure in and hold enough detail to bring each scene to life and build the atmosphere. There were a few things which surprised me, but I'm assuming the author did her research on every end.
It was impossible to guess what was really going on until the very last chapters, and there's even a hint of more as the tale closes off. It's dark, thrilling and intriguing, walking on the line of horror without ever really going across. In other words, it's a great read to cuddle up with and get lost in the pages, but not scary enough to make one loose sleep either. In my eyes, it's wonderfully balanced.
on October 29, 2020

Email ThisBlogThis!Share to TwitterShare to FacebookShare to Pinterest
Labels: J.R. Johansson, To the Bone