Review: Escape from a Video Game by Dustin Brady 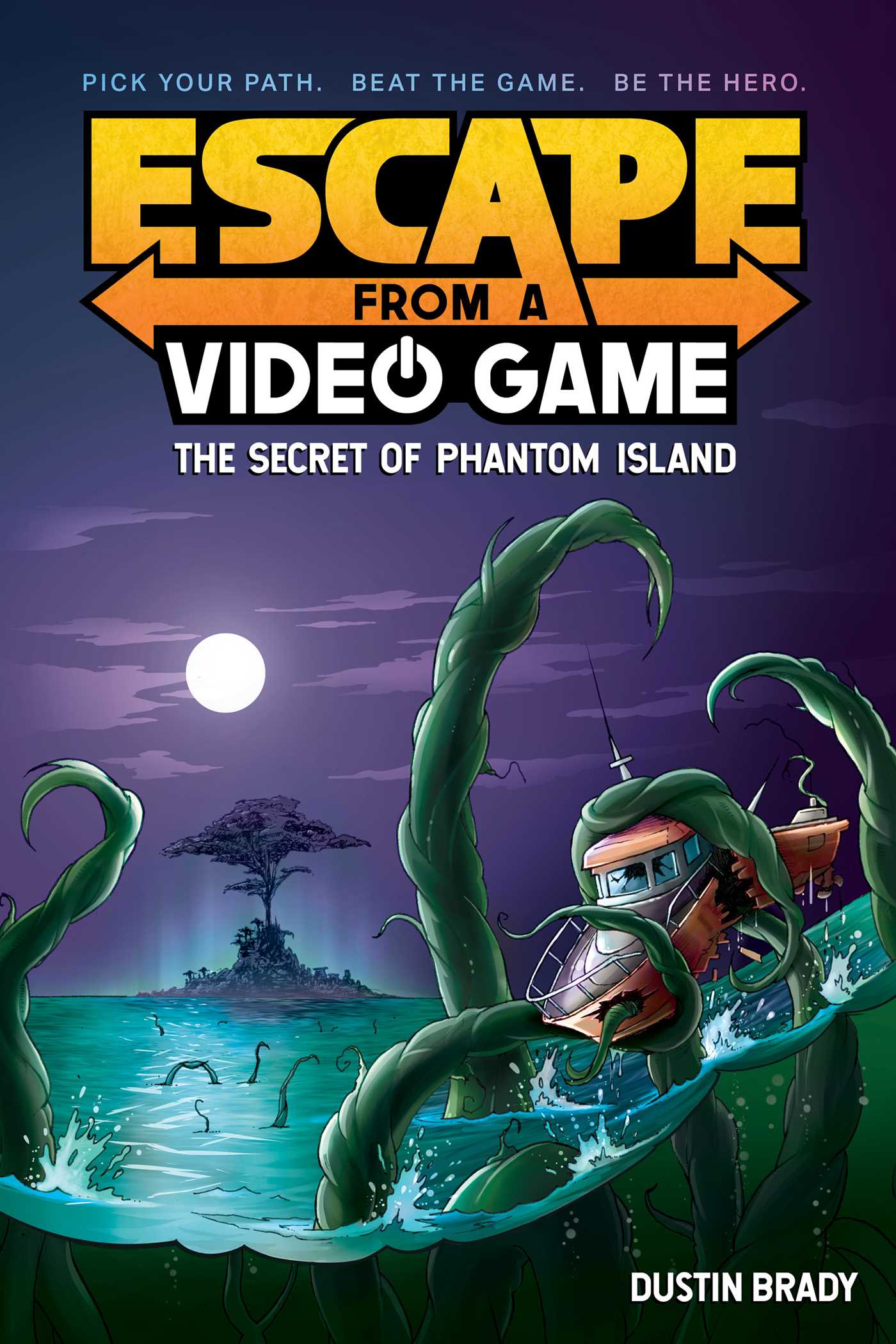 ESCAPE FROM A VIDEO GAME
The Secret of Phantom Island
by Dustin Brady
Andrews McMeel Publishing
Middle Grade Science Fiction/
Choose Your Own Adventure
179 pages
ages 7 to 12
Young gamers control the action in this interactive new series from the bestselling author of Trapped in a Video Game. With more than 30 endings and an unlockable bonus adventure, The Secret of Phantom Island promises hours of screen-free fun.Cooper Hawke and the Secret of Phantom Island is the greatest video game nobody has ever played. The treasure-hunting adventure was supposed to set a new standard for gaming. Then, just one month before its release date, it fell off the face of the earth. Now, for the first time, you get a chance to play the mysterious game—from the inside. As you outsmart enemies, solve puzzles, and explore the island’s hidden areas, you’ll discover that there’s more to this game than the world realized. Escape from a Video Game is an innovative pick-your-plot story that promises two adventures for the price of one! The main adventure builds critical thinking skills by rewarding young readers for solving puzzles and making sound choices with non-stop action and huge plot twists. Once readers beat the video game within the book, they’ll get a chance to hunt for every possible ending. Finding all the book’s endings reveals a code that readers can use to unlock a secret story online.Fans of the best-selling Trapped in a Video Game series, as well as new readers, will quickly come to appreciate the page-turning action to uncover more secrets about the mysterious video game company Bionosoft.

BOOK DEPOSITORY
MY TIDBITS
Choose Your Own Adventure takes on a new meaning in this exciting tale of adventure, puzzles and oh-so-many twists and turns.
This is the second book put out by Mr. Brady, which follows this CYOA style. I didn't get to read the first one, and that doesn't really matter (except for the fact that I'd now love to grab it up, too). This book goes right down the traditional CYOA alley but with a few new twists. The reader can interact a little more with the tale and is prompted to work out things with puzzles and such. It adds a new dimension and a lot more fun.
The story telling itself is fine...nothing amazing, but then, that's not the point of something like this. The tale does draw the reader in and allow them to become part of the excitement as well as steer in unknown directions. Luckily, if the reader dies, they aren't prompted to have to return to page one (because who does that in a traditional CYOA anyway?) but simply leads them back one step to try the other route. If it wasn't this way, I could see frustration raking in quick...and that's also not the point of a 'fun' read.
The adventure suggests that the reader remember their steps, and there are little prizes along the way. In other words, this is so much more than a simple CYOA, and that's great. It isn't literature at its prime, but this does encourage kids to read while doing so much more. In other words, I'm a total fan and have no doubt middle graders will enjoy this one from beginning to end.
And here he is...

Dustin Brady writes funny, action-packed books for kids. Although he regularly gets locked out of his own accounts for forgetting passwords, Dustin still remembers the Super Mario Bros. 3 game genie code for infinite lives. It’s SLXPLOVS. Dustin lives in Cleveland, Ohio, with his wife, kids, and a small dog named Nugget.

Email ThisBlogThis!Share to TwitterShare to FacebookShare to Pinterest
Labels: Dustin Brady, Escape From A Video Game