Review: Daughter of the Song by Eliza Tilton with Giveaway! 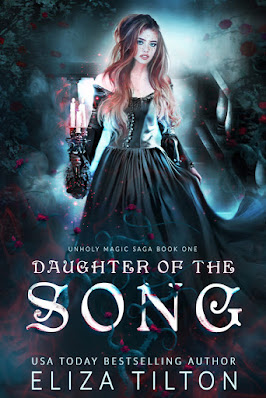 Daughter of the Song
by Eliza Tilton
YA Paranormal

A dark secret. A taboo love. A war upon the living.

After being kidnapped by occultists, Arabella Grace and her family move to the mining town of Port Tablot to forget the horror they experienced in England. With scars adorning her body, Arabella searches for peace by hiding within her songs.

But Port Tablot has its own demons. As the dead leave their domain, a spark of magic awakens within Arabella, and her songs have the power to stop the creatures from hurting anyone she loves, including the quirky boy Leo she's falling for ... if she's willing to make a sacrifice.

With the powerful words of her songs, Arabella must fight the wave of undead and stop the necromancer who's raising them ... or it won't just be her home that falls in to a pit of ghosts.

Start reading the first book in the Unholy Magic Saga and get lost in a YA Paranormal Romance series that takes place in Victorian England and has a gothic twist. Perfect for fans of Victoria Schwab and Holly Black. 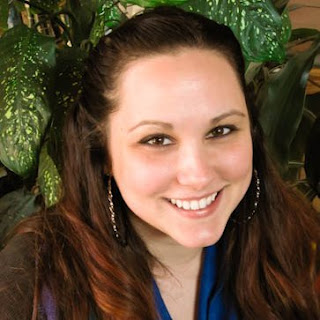 USA Today Bestselling author Eliza Tilton, graduated from Dowling College with a BA in Visual Communications. When she's not arguing with excel at her day job, chasing after four kids, or playing video games, she's writing.

MY TIDBITS
Zombies, necromancy, magic and romance make this into an intriguing read with more than a few dark surprises.
Arabella was kidnapped, nearly sacrificed at the hands of a cult, and is trying to recover from the experience with her family far away from their home. Scars cover her body, but she's managed to find a way to live on, and even has a nice dose of curiosity, which sends her exploring the surrounding area of the town they're staying in on her own. But she isn't aware that demons are not a myth in this village, and that the dark mines there hold even darker secrets. Soon, she finds herself facing the walking dead, and her voice might be the only way to stop them.
I've enjoyed Tilton's tales in the past and was looking forward to this one. This tale snuggles up with a darker, gothic plot and takes a teenage girl, who already has suffered a horrid ordeal, and sets her against a necromancer and his evil desires. The entire thing rings with originality and forces the heroine into situations, which grab and don't let go. With demons and zombies, the shadows are deadly, and throwing this all into a village which a maze of mines creates a perfect scene. It keeps the reader on the edge of their seat and offers all sorts of exciting surprises.
The writing flows seamlessly and creates a solid world. There isn't any time lost on long explanations as we meet Arabella during one of her explorations, and learn with dribbles and drops about her difficult past. And that works, although part of me wished to have had the chance to experience her earlier episode with the occult first. But then, there were several moments, which seemed to be rushed over and could have used more depth. Still, I didn't want to stop reading and had to see what would happen next.
This is a young adult novel, but for some reason, the characters often seemed a little younger to me than they were. The dialogue was often short and simple, not exactly how I'd expect (and know) older teens to speak. Plus, the reactions seemed a bit young as well...more as if they were in their earlier teens. But as the story went on, even this was no longer an issue, and I found myself rooting for Arabella, Leo (her love interest), and wishing the zombies would finally just fall over and stay nice and dead.

“You shouldn’t walk anymore.” Whitish scars surrounded her legs, circles within circles and stars. Lettering. It all looked chaotic yet expertly traced. I wanted to touch the raised skin and ask how. How could anyone do this to her?

“What happened to you?”

She flattened her dress to cover herself more, leaving only the area with the wound open. “It’s nothing.”

I took the cloth and rewrapped it on her thigh “You don’t have to lie to me. You don’t have to talk about it neither. I just . . .” I lifted my gaze to see her face. “I want you to know, I think you’re beautiful and you don’t need to hide any part of yourself, ever.”

Her lip trembled as her eyes brimmed with tears. “I don’t feel beautiful anymore. I used to. I used to love my life and everything in it, but when those men took me.” Her words ended in a flood of tears.

“Hey.” I scooted between her legs and grasped her face with my hands, wiping her tears away with my fingers. “I’m sorry I brought it up. I can’t imagine the horrors you endured.”

She closed her eyes, sniffling. “I wish I could just forget. No one lets me. My family treats me as this fragile butterfly who’s broken and if she’s set free, she’ll die in an instant.”

The ground rumbled, and I knew our moment was ending. “Whatever happens after today, know that those scars don’t define you, and one day you’ll be free of them.”

CLICK HERE FOR A CHANCE TO WIN A $25 GIFT CARD!

Email ThisBlogThis!Share to TwitterShare to FacebookShare to Pinterest
Labels: Daughter of the Song, Eliza Tilton