Mommy and Daddy's Day with Clouds: A Memoir by Laura Sobiech

Every so often, I present a read not intended for younger audiences but for the parents. These books are not any worse in content than one for intended for young adults—in other words, no need to hide these under your bed.
Today's book was once a Disney movie and is now available as an inspirational novel. It's the mother's memoir of her teen son, who knows his cancer is terminal and still finds a way not only to inspire those closet to him but many, many more. 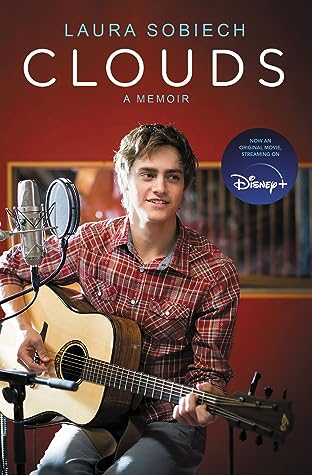 
Originally published as Fly a Little Higher and now updated and revised to coincide with the film release of Clouds, Laura Sobiech tells the amazing, true story behind the song and the movie.“Okay, Lord, you can have him. But if he must die, I want it to be for something big. I want someone’s life to be changed forever.” This is what Laura Sobiech prayed when she found out her seventeen-year-old son had only one year to live. With this desperate prayer, she released her son to God’s will.At that point, Zach Sobiech was just another teenager battling cancer. When his mother told him to think about writing goodbye letters to family and friends, he decided instead to write songs. One of them, “Clouds,” captured hearts and changed lives, making him an international sensation.This story is a testament to what can happen when you live as if each day might be your last. It’s a story about the human spirit. It shows how God used a dying boy from a small town in Minnesota to touch the hearts of millions—including top executives in the entertainment industry, major music artists, news anchors, talk show hosts, actors, priests and pastors, and schoolchildren across the globe. And above all, it’s an example of the amazing things that happen when someone shares the most precious thing he has—himself.  “I’m not a musician; I’m just a filmmaker, and my prayer is that you get an opportunity—both through the reading of this beautiful book and the watching of our film based on it—to experience what I will fail to put into words: the magic and inspiration of Zachary David Sobiech.”—Justin Baldoni, filmmaker and director of Clouds

BOOK DEPOSITORY
MY TIDBITS
Zach had cancer his freshman year and thought he'd beat it, but when Senior year hits and he knows it's terminal, he needs to figure out how he wants to handle the rest of his life. Thanks to his love for guitar and talent for writing songs, he found a way not only to bring inspiration to a few friends and relatives, but spread it across the world.
This book is told from Zach mother's point of view; it's her memoir. She starts with a quick run-down of some moments during Zach's senior year in high school before flashing back to his freshman year and then back through before concentrating on when he took her advice and 'wrote' for his siblings, relatives and friends. This is a book, which settles strongly on Christian faith, hope and miracles. It's written with tons of heart, a mother's love and wishes, and even laces in interchanges of Zach with his family and friends. It's well done, paced nicely and does leave a lasting impression and tons of food for thought.
I'll admit, I'm not usually a huge fan of memoirs and not a person, who dives very often into inspirational, real life tales. I did find this one interestingly crafted, though. While it's a memoir, it didn't fit this bracket completely. Rather, dialogue and scenes were presented in a more usual, story-telling fashion as well. It created an interesting back and forth mixture between the two forms, and created a more flowing tale than a pure memoir would. It was easy to get lost in the story, and even easier to learn to love Zach.
The first chapters hop around quickly through time (forth and back) in an attempt to get the reader up to date with the mother's thoughts and Zach's past. These chapters hit the memoir style as I know it. While the information was dropped fast and smoothly, it wasn't my favorite way to handle things  (a bit of a bouncy information drop and a little confusing). Still, they style pulls in and makes it hard not to be invested in Zach's life. The religious tones slide effortlessly right along into the tale, and I enjoyed the openness in this direction quite a bit. It is inspiring in so many ways.
While this isn't my favorite type of read and this didn't grab me completely maybe because of this, it is nicely written and will leave more than just a little footprint on those who enjoy stories, which head in this direction. I do wish I could highly recommend this one to teens, since I think they would especially enjoy and benefit from Zach's life, it comes from the mother's thoughts, and I'm not sure this will resonate with that age group as well as it could. Still, parents will connect with this one (after all, it is a mother's memoir) and find Zach to have been a very special young man, and I can imagine some teens really connecting with him.
Learn more about Laura, Zach and the book at flyalittlehigher.com. #flyhigher

Monday, October 12th: What is That Book About

Monday, October 26th: Diary of a Stay at Home Mom