50th Anniversary of Are You There, God? It's Me, Margaret. by Judy Bloom 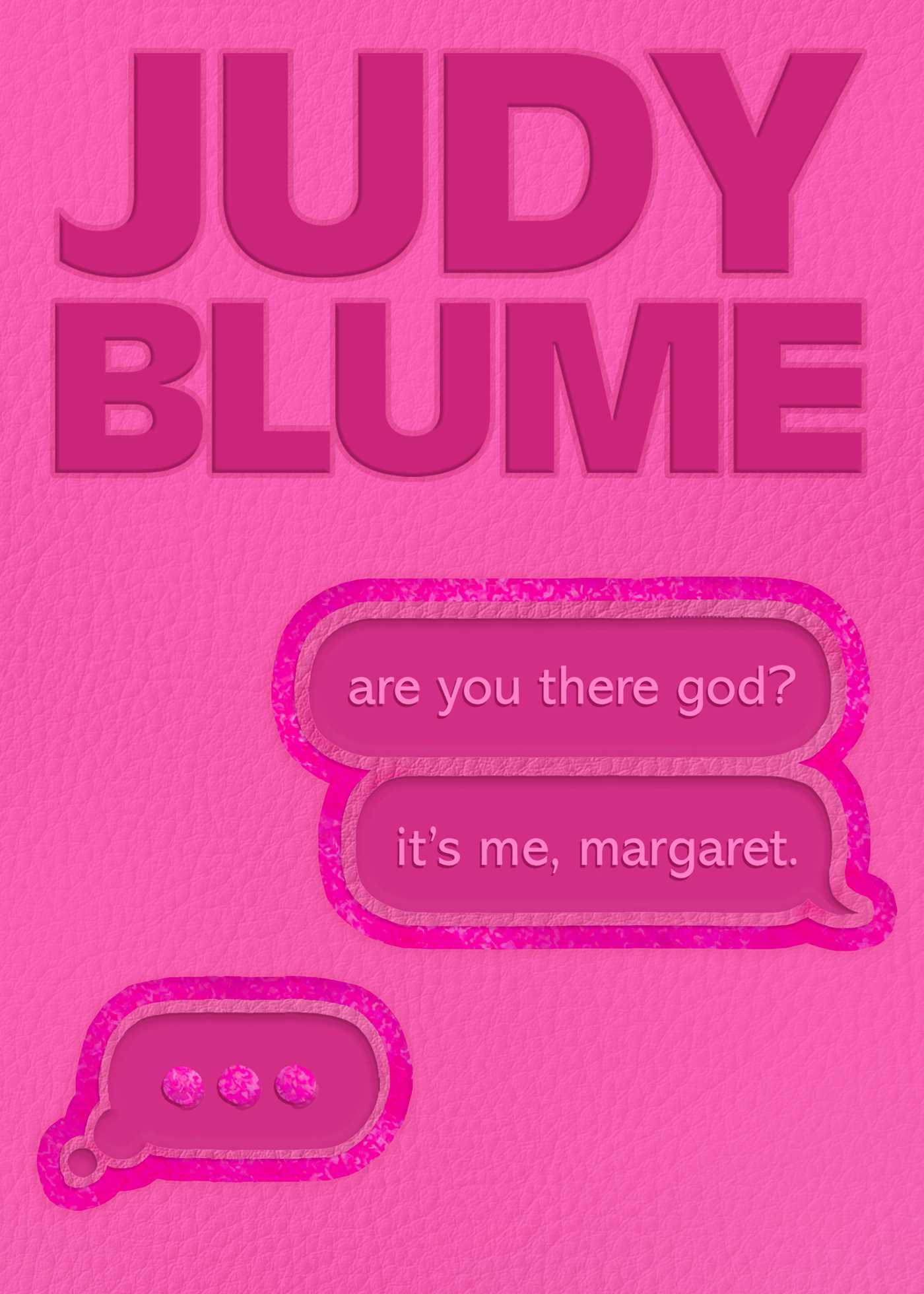 ARE YOU THERE, GOD? IT'S ME, MARGARET.
by Judy Blume
Atheneum Books
Middle Grade
176 pages
ages 8 to 12

Celebrate the legacy of the bestselling and iconic Are You There God? It’s Me, Margaret with this special edition, featuring a deluxe faux-leather embossed cover that looks and feels as vibrant as the story within.Margaret Simon, almost twelve, likes long hair, tuna fish, the smell of rain, and things that are pink. She’s just moved from New York City to Farbook, New Jersey, and is anxious to fit in with her new friends—Nancy, Gretchen, and Janie. When they form a secret club to talk about private subjects like boys, bras, and getting their first periods, Margaret is happy to belong.But none of them can believe Margaret doesn’t have religion, and that she isn’t going to the Y or the Jewish Community Center. What they don’t know is Margaret has her own very special relationship with God. She can talk to God about everything—family, friends, even Moose Freed, her secret crush.Margaret is funny and real. As you read her story, you’ll know why this book has been the favorite of millions of readers. It’s as if Margaret is talking right to you, sharing her secrets with a friend.

BOOK DEPOSITORY
MY TIDBITS
This is a lovely version of the well-known and highly enjoyed tale for middle grade and tween girls brought out in celebration of the novel's 50th anniversary. And it is a treat for readers who enjoy it.
Margaret has just moved to a small town in New Jersey and is excited to start sixth grade at a new school with her new friends. Bonding, the girls form a small group where they discuss all sorts of things which are important to them—all of that wonderful girl stuff. Not only does Margaret have to come to terms with her changing body and interests, but fights hard to fit in. But even things like religion are throwing her for a loop. Margaret has a very close relationship with God and trust Him with everything, but she doesn't practice 'religion'. And that's something the girls just don't get.
This was hugely popular when I was in the fifth/sixth grade, and I remember all the girls squealing, giggling, and sneaking this book to each other under their desks. As a kid at a private religious school, this book pushed tabus and the girls in my class loved it. I myself didn't touch this one until many years later, and not for the same reasons as my friends did at that time. But I understood why they enjoyed this one so much...although they never read any other books really.
Margaret is very easy to relate to. Ms. Blume brings her across as a very natural, normal girl, who is simply trying to handle everyday life. The situations are very similar to that of many girls at that age, and the problems are the type that every girl faces. I think what really wins readers over is the simple openness Margaret expresses with her thoughts and feelings. While her relationship to her friends is easy to understand and connect with, it's the openness she shares with God, which really hits home, since she hides nothing when she speaks to Him. This is an honesty readers simply enjoy and feel a part of.
Times have changed tremendously on the themes surrounding Margaret and her friends in so far that many are no longer considered as tabu. Still, this novel hasn't aged. Margaret comes across as natural as she did then, and still has the same problems. It's actually amazing that this tale has glided so easily over the decades. And this new version adds a special cover and format to prove how timeless this book is. It's pink like Margaret's favorite color (which most girls that age avoid) and has a more modern flair than the earlier versions. It's definitely great for gifting, too. Although I, personally, was never a fan of such books as a young girl, I know many, many girls were and I believe they still will be today.

Email ThisBlogThis!Share to TwitterShare to FacebookShare to Pinterest
Labels: Are You There, God? It's Me, Judy Bloom, Margaret