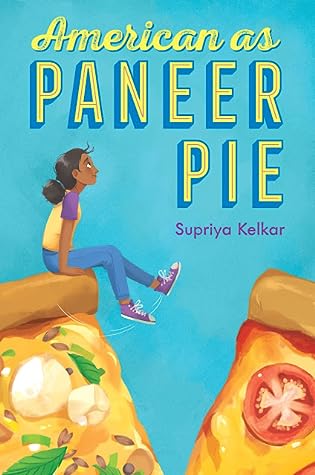 
An Indian-American girl who struggles to navigate her two very different lives: the one at home, where she can be herself, and the one at school, where she is teased for her culture. When a racist incident rocks her small town, she must decide to continue to remain silent or find her voice.

Hitting on these such as racism, hate crimes and bullying, this read gets to the heart and awakens awareness.

Lekha's family is the only one of India-American heritage in their small town, and despite practicing her culture within her family, she does the best to hide it in school. If she didn't, she's sure she'd be laughed at and teased even more. When another family just like hers moves in across the street, she's excited to finally have someone who is just like her. And although she does have a lot of similarities with the girl, they have some differences, too. Not only do things grow more uncomfortable in school, but in the town as well. When a hate crime hits the town, Lekha is forced to re-evaluate her views.

Readers who love discovering other cultures and enjoy realistic, middle grade drama are going to sink into this one and get lost in the pages. Lekha is hard not to like. She's very caring, loves her family and friends, and is, in general, a happy girl. But she has her problems, too. Conflict is something she tries to avoid at every turn, and this ends up causing more trouble than one might first suspect. Her desire to fit in is understandable and the decisions she makes to simply feel included are ones readers will sympathize with. She's a very normal girl facing issues many kids her age group recognize, but this tale also celebrates friendship and makes it clear that just because a few might behave horribly, not everyone is that way.

The author does a lovely job at bringing the culture to life. The first chapter hit a little harder with it than I personally would have liked, but it smooths out quickly as the story gets going. Lekha faces quite a bit of ridicule, and the author brings this across in an age appropriate manner. Readers will recognize the issues and maybe, learn something along the way.

Born and raised in the Midwest, Supriya Kelkar learned Hindi as a child by watching three Hindi movies a week. She is a screenwriter who has worked on the writing teams for several HIndi films and one Hollywood feature. Supriya's books include Ahimsa, The Many Colors of Harpreet Singh, and American as Paneer Pie, among others. Visit her online at supriyakelkar.com
on April 30, 2020