Review: Alycat and the Tournament Tuesday by Alysson Foti Bourque with Giveaway! 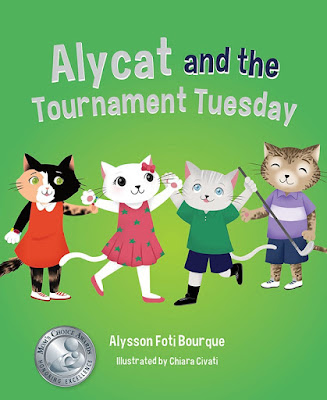 
A “Mom’s Choice Award Winner”! Alycat’s brother, Bugsy, is playing in a golf tournament with some of his friends, and wants to use his lucky ball to win the game. But when Alycat forgets his lucky ball at home, Bugsy learns what luck is really all about. Can Bugsy win the tournament without his lucky ball? Alycat and the Tournament Tuesday is part of the Alycat Series: alycatseries.com.


With tons of heart and a bright personality, Alycat is the kind of cat readers will wish they had for a  best friend.

Alycat's brother, Bugsy, has a golf tournament, but as they head out the door, he realizes he's forgotten his lucky ball. Alycat runs in and grabs it. When they arrive at the golf course, she realizes that she snatched the wrong ball. Not wanting Bugsy to ruin his game, she quickly adds the important star with a marker and hopes he won't notice.

This is such a colorful, cute and wholesome read. The sibling relationship between Alycat and her brother hits on the first page with a dash of mischief and a bunch of love. It's easy to sympathize with Alycat as she has to run back into the house and snatch her brother's ball for him, and hard not to feel her disappointment and unease when discovering she grabbed the wrong one. Her solution is a little under-handed but creates a smile and just the right amount of tension to keep readers glued to the pages.

The illustrations are as bright and bold as Alycat herself and bring across the scenes and atmosphere nicely. This is the first time I've seen a golf course in a picture book. Not only do the illustrations bring the setting across well, but even those not familiar with golf won't feel out of place. And to help out, there's a glossary at the end of the book with all sorts of golf terminology for those who'd like to know more.

But golf isn't the main theme of this book. Rather, there's a wonderful message wrapped up into the tale about trusting in ones' own ability, especially when this was achieved with hard work and practice. Add the caring relationship of sisters and brothers, and it's a read which warms the heart and is sure to bring more than a single grin. 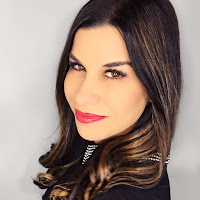 Alysson Foti Bourque is the author of the award-winning Alycat series. Alysson earned a Bachelor of Arts degree in Elementary Education from the University of Louisiana at Lafayette and a Juris Doctor degree from the Southern University Law Center.

After practicing law for six years, she traded in writing trial briefs for writing children’s books. Alysson enjoys public speaking opportunities at schools, conferences, and festivals nationwide. She hopes to inspire people of all ages to follow their dreams and believe in themselves wholeheartedly.