Every now and then, we celebrate Mommy and Daddy's Day here on Bookworm for Kids. After all, parents like to read, too. The books I present do not have content any more questionable than that of a young adult novel. In other words, these aren't books you need to hide under the bed and keep away from small eyes. Today's book is a crime mystery/thriller, which does carry a little violence and mentions a prostitution ring, although there aren't heavy exclusive scenes in that direction. 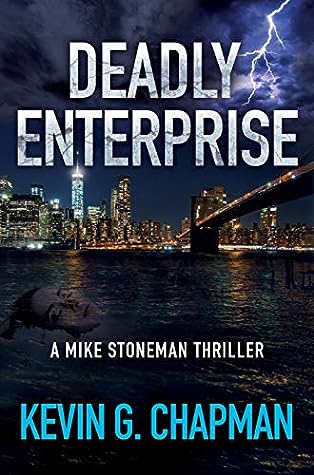 
THE DEAD GIRL THEY FISHED OUT OF THE EAST RIVER WAS A DRUG ADDICTED HOOKER, SO NOBODY REALLY CARED.

Except that Medical Examiner Michelle McNeill thinks it’s a murder, and NYPD Homicide detective Mike Stoneman agrees. Every death is a tragedy, and every murderer should be exposed, even when nobody wants to hear about it. When Mike and his partner, Jason Dickson, start to dig into the case, they find that there may be other cops protecting the criminals – or maybe they are the criminals. And one of them might be Mike’s former partner. In order to uncover the truth, Mike and Jason have to go outside the lines, and risk their own reputations, jobs – and lives. This case is one that Mike can’t walk away from, no matter how much he wants to.

It's been awhile since I've picked up a crime mystery/thriller, and this one dances right through the traditional setting of police, detectives, crime rings and all of those enticing sort of things. In other words, it was a real treat to sink into this type of tale again. And I haven't read the first book in this series, but that didn't cause any issues when I grabbed up this one.

After taking down a well-known killer, Mike Stoneman is on leave as he tries to recover from the injuries the case left him with. His partner, however, is digging into a death everyone wants filed away, claiming it's unimportant. but the more the two dig, the clearer it becomes that someone is sweeping evidence away. Not only are their reputations at risk, but their opponent may be deadlier than they first thought...and closer to home, too.

The first scene hooks and makes it clear the stakes are high, and this knowledge lurks in the background as the tension increases through the rest of the pages. The reader is well aware of why and how the victim died, but that doesn't ruin the mystery. Another side crime swings in, twisting the entire into an ever tightening weave. Some of the turns are predictable, which makes the unexpected ones that much more thrilling. The criminals seem to always stay a step ahead of the detectives, making it hard to put this one down.