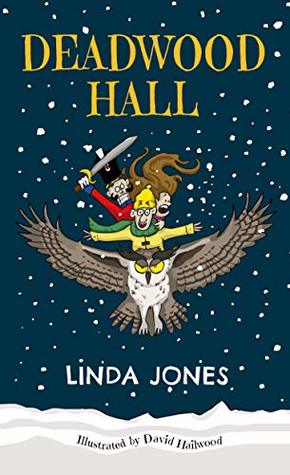 
An illustrated magical fantasy adventure. It’s midwinters eve and everything is about to change for Dylan and his sister Emily. Being shrunk down to three inches is the easy part! They end up racing through underground tunnels – riding on the back of a very angry centipede – and trying to outsmart a whole army of slimy Whivicks. Deadwood Hall is about secrets, friendship magic, weird creatures and looking out for each other when things go very wrong This adventure is just the beginning – that’s if Dylan and Emily can survive until midnight!

This is a short, easy read and perfect for readers who are ready to hit that beginning chapter book level.

Dylan and Emily have arrived at their grandfather's for a holiday vacation. While building a snow fortress is fun, they are quickly searching for better things to do...and arguing along the way. When Dylan finds a toy solider and it someone flies out of the window, neither he nor Emily are aware of the amazing adventure they're about to find themselves wrapped up in.

Fun and adventure are the main focus of this book. Dylan and Emily are usual siblings in so far that they love each other...sometimes. Or when they aren't arguing. When Emily goes missing, Dylan is more than ready to dive into action to save her, even if it means hitting a little danger along the way...and strange magic. There's never a boring moment as they shrink and face strange creatures. The vocabulary and dialogue are perfect for the age group, and keep the tension high. There are only enough descriptions to make the reader fall into the imagination, and it never falls into the trap of being long winded or boring.

I especially love the interaction of the siblings. They don't always agree, but they are there for each other when it counts. It's a fun read kids are sure to enjoy. 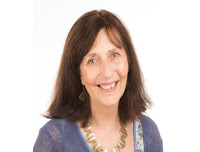 Once upon a time, when the world was very different - Linda was a Psychiatric nurse. Now, she's a storyteller. A writer of children's fiction – who enjoys delving into the worlds of fantasy and adventure. Originally from South Wales (UK), she has always loved listening to stories and grew up on a rich diet of Welsh myths and legends; - fire-breathing dragons are definitely her favourite.
Right now, she is to be found roosting near Pontefract, West Yorkshire, where the rain tastes and smells pretty much the same as the Welsh Hills.
'Deadwood Hall' is her most recent venture into the weird and wacky world of fantasy. The series is written for the slightly younger age group, 7-10-year-olds, it has stunning illustrations by the exceptionally talented David Hailwood. The second book, 'Deep Waters', is already being illustrated and is due to be published in May 2019.
Her very first book – 'A Fistful Of Feathers', was written for 9-13 year-olds has just been republished. – It’s a quirky adventure with a science-fiction twist that will keep any young reader guessing… The sequel is due out in the next few months.
So, with her (far too) frequent stops for fruit cake, ginger biscuits, chocolate cake, and the occasional apple, this coming year promises to be an exceptionally busy one.
Linda’s Facebook page is: https://www.facebook.com/LindaJonesukAuthor
Deadwood Hall is available as a Paperback or Kindle E-book on Amazon