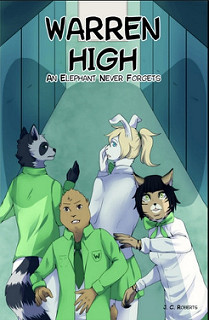 
Something strange has come to Warren High…

Warren High’s Paranormal Investigation Club has something of a reputation. No one knows more about the supernatural than its sole member, a freshman prairie dog known as Ned Gunnison. While he typically enjoys the solitude his club provides, he finds it shattered by a strange request from the mysterious rabbit, Laura.

While he’s been told that he’s seeking a friendly ghost, Ned can’t help but notice that students have started becoming injured with no explanation. What’s more Laura seems to know things that she shouldn’t be able to know. As the attacks become increasingly violent, Ned must find a way to stop the angry spirit or he may just become its next target.

A thrilling supernatural mystery for children between late elementary to early high school. If your child enjoys Goosebumps, they'll love Warren High! Perfect for the adventurous child who loves a good mystery.

You can find Warren High: An Elephant Never Forgets on Goodreads

Writing An Elephant Never Forgets was a tremendously fun journey. I remember when I first started writing the book, I wanted to give a glimpse into the struggles that can come from someone who has Autism, specifically Asperger's Syndrome. While Ned is never officially diagnosed within the book, and typically such a condition isn't caused by external stimuli, his behaviors are very indicative of someone who does suffer from ASD. The goal of the book is of course to be entertaining, but I really hope that if parents read this with their child who has Asperger's it may give them a better understanding into the way their minds work.

My inspiration for the story (as well as two of the characters), however, comes from a pair of paranormal investigators by the names of Ed and Lorraine Warren. They have had thousands of cases in which they've helped people with their problems, some of which have been even made into movies (such as Annabelle, The Conjuring, and The Amityville Horror). Now there are many people who do not believe in such things as ghosts or demons or such paranormal things, but one thing that sticks out about the Warrens is that when they did their investigations they would never charge their clients. While Ed Warren has passed away, Lorraine Warren still lives in Monroe, Connecticut where she runs The Warrens' Occult Museum with her son-in-law. Being a firm believer in the paranormal myself, it only increases the impressive nature of the Warrens' illustrious reputation, and I hope that this book does the spirit of their work justice.

The most common question I'd get while sharing the rough copies of the book was "Why animals?" I've always found animals to be fascinating, not just as creatures, mind you, but as personalities. Every animal is different, obviously, even within its species, but common traits begin to form that allows them to be used as a 'mask' for a character. By using these animal 'masks' it gives you a glance into a character's personality before they even utter a word. In some cases, it may even give a glimpse into the character's insecurities.

For example, Ned, being a prairie dog, is of a species of animal that is typically very social in nature. This says something about his personality. Particularly that perhaps it isn't the way he would be had certain events not changed his behavior. Maybe it's even a representation of the dreams he has for his future.

My absolute favorite example though is Ashley. Ashley is a Black-Footed Cat which is a very odd breed of wildcat. These cats are small, around half the size of the average house cat. Even still, they survive hunting prey that's much larger than them. Some have even been known to take down antelope. In addition, they are one of the most aggressive and territorial wildcats in the world. This is a perfect animal for Ashley as it shows off her drive for 'survival' within her school life. She's a star athlete, a socialite, and cares greatly about her appearance, but when you peel back her layers, you find that inside is this terrifying mentality of doing whatever it takes to get what she wants. If she can't overcome an opponent with her strength or agility, she'll use her cunning to tear them down to size instead.

Finally, I hope that you sincerely enjoy my work. It is the culmination of nearly two years of blood, sweat, and tears. My greatest dream is to inspire other people to find what they wish to do with their lives and to chase their dreams. So if I had to give a message to my readers, it'd be this. Listen for your call-to-arms. Everyone's is different, and everyone struggles to hear it at first. If you don't know what you want in life now, that's okay. Even still, don't ever stop moving. Seek new experiences and find opportunities to find friends and do good deeds in the world. Kindness can change someone's life forever, and cruelty must never be allowed to surpass your kindness.

Thank you all for your support, I wish you the best of luck in life and literature. 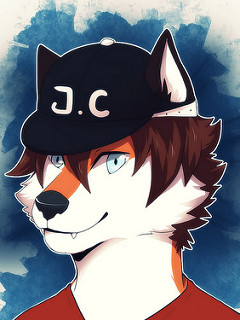 J. C. Roberts is a young author who was born and raised in Houston, Texas. From childhood, he's always been fascinated by old legends, mythology, and folklore and wished to seek out their origins. For a short while, he was a teacher at a private school for children with social struggles called Focus Academy, where he primarily taught English and Mathematics.

He has a pet prairie dog named Stormy, and enjoys practicing archery. When he's with friends, his favorite thing to do is play board games (his favorite being Betrayal at the House on the Hill) and he has a deep love for puzzles and mysteries, especially logic puzzles. His favorite author is Annette Curtis Klause, and he always loves corresponding with his readers. You can email him at JCRobertsFanMail @ gmail.com with any questions or comments you may have.