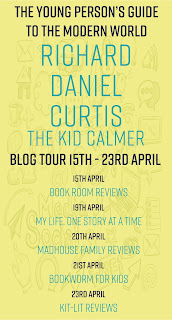 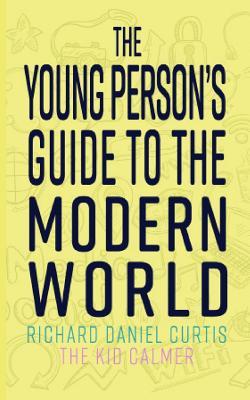 
Finding your way in the 21st Century is not an easy ride, there are so many things out there that your parents never had to deal with, it's hard to find someone to understand. There are pressures put on you from your parents, from school, from your friends and it can feel overwhelming and frustrating.
Technology is fantastic, but every so often you end up having to unpick a mess on social media. Sometimes it is easier to retreat to your room and escape the world, but even then you don't get left alone.
Life in the modern world is great when it's all going well, but at the same time it is a bit scary and you wish you knew what to do about some of the concerns you have.
That's why I wrote The Young Person's Guide for the Modern World. I originally wrote a book just for parents, but then I realised that it would be far better to talk to you directly. So I rewrote my book for you.
I start by explaining to you the changes that are happening in your brain as you approach adulthood and why these are important to helping you find your own identity. Most of the book is then devoted to going through the different aspects of life, from gender identity and sexuality, to gangs, to drugs, to social media and technology. I give you information on the risks related to each to help you to make easier decisions. Finally I talk to you about the world that you will see in the next 20-30 years, getting you to think about the ways you can prepare for the technology that's just around the corner.
Want your parent to understand all of these pressures on you? Why not get them to buy The Parent's Guide to the Modern World.

There are many changes that occur in the brain during adolescence, this affects the way that people think and act, as the parts of the brain that deal with social skills, problem solving and reasoning (the frontal lobes) are effectively shut down.  Here’s a quick overview of the changes that will be happening in your brain, as well as your friends.

During the teenage years as the brain rewires itself, the young adult learns to reform their ‘sense of I’. Pre-pubescent children will often have developed sociable personalities interested in learning about their hobbies and things that interest them. The brain is craving new experiences and learning to utilise the millions of new neurons that have grown. Socially they are in a period of change, they move to schools where they need to take responsibility for organising themselves and following new routines. Their friendship group changes as the teen makes decisions about who will be in their circle of friends. This is also the stage where they are likely to become curious about romantic relationships; even if they don’t form any, there is likely to be much social conversation about them.
However, as puberty hits, the teenage brain goes into a more shutdown state. The frontal lobes are used far less and so the brain relies on the mammalian brain to respond. Physically the head can drop, eye contact can be difficult, conversation is limited to minimal responses.  As demands, basic or complex, are placed on the brain they react with extreme emotions, as it misses the guiding hand of the frontal lobes to cope with expectations. The teenage brain may want to isolate themselves for long periods of time and it is important to keep spending time with other family members at mealtimes or on trips out to help the brain retain its social skills.
Socially, the teenage mind can feel insecure, so will want to fit in with a group to make it feel safe. This can lead to situations where groups form, with no real guiding inhibitors to stop inappropriate or sometimes vicious comments or actions. The individual teen mind can be very unkind to others and the teenage group mind amplifies this. The mammalian brain is desperate to have a sense of identity and belonging to make it feel secure, making the teen very susceptible to being easily influenced in a number of ways. Any problems within the friendship group are met with very dramatic reactions and the teenage mind often needs someone else, such as a parent or teacher, to act as an adviser and mediator to help their teen’s mammalian brain relearn how to respond to the situation.
At the same time as the voice of reason that tells their mind something is too risky or dangerous disappears, they are faced with a number of opportunities to experiment with drugs, drinks, sex and even weapons. Each of which can give a false sense of security in the mammalian brain. In a bid to feel safe against perceived threats, for example, a teenage member of a gang may be encouraged to carry a knife or a (sometimes real) gun. Romantically, this is a stage where the increased levels of hormone mean that early sexual experimentation is on the teenage mind, with the female mammalian brain often focussing on making themselves more attractive for potential mates, and the male mammalian brain more likely to seek to prove themselves with early sexual conquests.
As a teenager emerges from puberty, they experience an intellectual growth spurt as the brain cells are reconnected. The older teen develops their own set of values and beliefs, sometimes in conflict with those of their parents. As they re-establish their ‘sense of I’ new things become important to them and their personality develops into that of a young adult. Developmentally this is the time when they start to learn about independent living and take responsibility for the course of their lives. 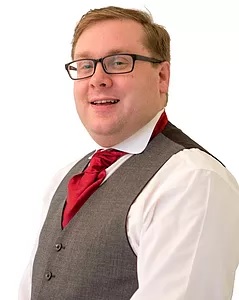 Based in Southampton with his partner and their young son, Richard Daniel Curtis is an internationally renowned behaviour expert and futurist passionate about helping people understand mindset and psychology. A former teacher, and mental health support worker, Richard is known for his impact with turning round some of the most extreme behaviours and is consulted about adults and children around the globe, even having two assessments named after him. He has founded The Root of It -an organisation of qualified professionals available to support schools and individuals with behavioural difficulties- for which he was awarded the Gold Scoot Headline Award in 2015 and Best New Business in 2014. Most recently he launched The Mentoring School to train the psychology related to mentoring people of all ages. For his work and expertise he has been interviewed for the BBC,ITV and Sky News TV and various international print media and radio. His previous titles include: 101 Tips for Parents, 101 More Tips for Parents and 101 Behaviour Tips for Parents (2014) and Gratitude at Home (2016).

Email ThisBlogThis!Share to TwitterShare to FacebookShare to Pinterest
Labels: Richard Daniel Curtis, The Young Person's Guide to the Modern World