Review: The Too Clever Series by Julia E. Antoine

The TOO CLEVER books are a series written by Julia E. Antoine and perfect for ages 8 and up. The series consists of eleven books and each is around sixty pages long, including colorful illustrations. They have received the Mom's Choice Award as well as received 5 stars from Reader's Favorite.

Here are four of my favorites! 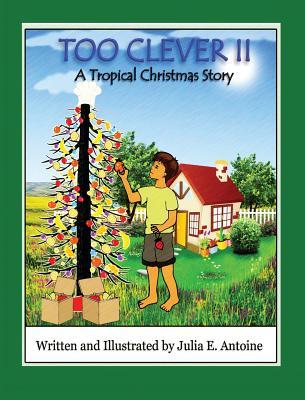 Too Clever: A Tropical Christmas Story, is a silver recipient of the prestigious Mom's Choice Award. The Mom's Choice Awards honors excellence in family-friendly media, products and services. An esteemed panel of judges includes education, media and other experts as well as parents, children, librarians, performing artists, producers, medical and business professionals, authors, scientists and others. A sampling of the panel members includes: Dr. Twila C. Liggett, ten-time Emmy-winner, professor and founder of PBS's Reading Rainbow; Julie Aigner-Clark, Creator of Baby Einstein and The Safe Side Project; Jodee Blanco, and New York Times best-selling Author; LeAnn Thieman, motivational speaker and coauthor of seven Chicken Soup For The Soul books. Parents and educators look for the Mom's Choice Awards seal in selecting quality aterials and products for children and families. 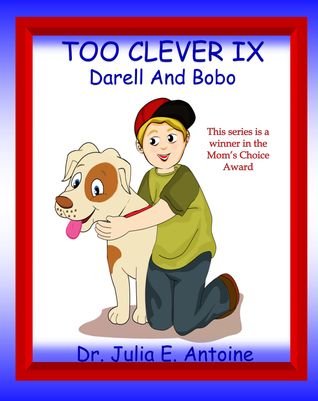 Eleven-year-old Darell Ruben has been waiting forever for the momentous occasion of turning twelve. That s when his body changes in preparation for turning thirteen. Then, he will have a hairy body like his dad, though not like his dog, Bobo, which is what he really wants. He can t wait to see the surprises turning twelve will bring. Will his body really change, as his mom promises? Darell is excited and nervous at the same time. What will being twelve mean to him, especially when twelve soon turns into the terrible teens that his mom was always going on about. 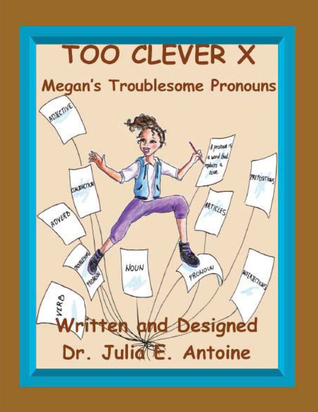 Eleven-year-old Megan Moffat was always with her dad. She had been reading with his help since she was five, and he helped her through most of the difficult words. She thought he was the smartest person in the whole entire world, then before her twelfth birthday, her dad passed away, with no warning. One minute he was alive and well, and the next he was gone. Megan is sad. She never got a chance to say goodbye, but more than that she misses her dad something terrible. Also, she now has to do her schoolwork without his help, and it’s proving to be very difficult.
Just in the nick of time, she remembers something her dad had told her about creating a memory trigger, when she had difficulty remembering her schoolwork, especially those troublesome pronouns.
Read Megan’s story to find out how she masters those troublesome pronouns and goes on to win an essay competition. And especially, how she learns to cope with the death of her beloved father. 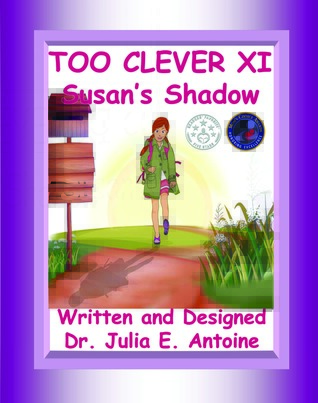 When Susan was little, her one desire was to grow as tall as her brother, Peter. She loved watching Peter and his friends. They were always busy doing things: playing soccer, building things, flying kites, talking to each other in codes that she couldn't understand, or just plain horsing around. She wanted to be part of the fun they appeared to be having, to take part in the games he played with his friends, but alas, all she heard was, “You’re too little, Susan. Wait till you’re older and have grown some more.”When was this miracle supposed to take place? I’ve been waiting for what seems like forever, poor Susan thought. At the rate I’m growing, I’ll never catch up with Peter and his friends. Why isn’t she growing? She had to try and figure it out because sometimes, when she looks at her shadow, she appears to be quite tall, almost as tall as Peter, come to think of it. Maybe there is something to this shadow thing, and she intends to get to the bottom of it.


These books take normal kids. . .clever kids. . .and demonstrates how the entire world opens up through a little explanation and a nice, healthy dose of curiosity.

Each book brings a new character and a new situations they need to figure out or work through. The problems these kids face are ones readers will recognize and sympathize with--growing taller, loss of a loved one, embarking on 'teen' years, Christmas in other cultures and many others. There's a lot of love and warmth in the pages, even when the characters face difficult challenges. Family, friends, self-worth and even a bit of humor make these lovely and wholesome reads, which are hard to put down. I'd recommend these not only for normal parent and home use, but for home -schooling as well.

Book two, A Tropical Christmas Story, takes a dive into Christmas on a tropical island. Not only does this book contain the illustrations by Julia E. Antoine, as the other books do, but also photographs of various foods, celebrations and plants used in this different culture's celebration to help readers really get a picture of how things on the island are. The boy, Johnny, has a lovely relationship with his father, which warms the heart the whole way through. It's an wonderful look into how different such a holiday can be celebrated.


Book nine, Darell and Bobo, tackles the topic of entering puberty but in a way, which will make kids smile. Not only does Darell wonder if he'll get fur like his dog, but other aspects of this time are brought up in a careful and entertaining light. Although Darell is concerned about his physical changes, things such as parental relationships and girls are also hit upon--never overly serious but with a gentle humor. There's a great tone of the importance of friendship the entire way through.

Book ten, Megan's Troublesome Pronouns, addresses a very difficult topic --the death of a parent. Unlike the other two books, this one is written if first person and brings the pain Megan faces up close. But it handles the topic with the smoothness of a calm breeze. Megan has to work through the loss, and she does so with lots of support and care. I especially found this one to be a helpful read, not only for kids in a similar situation, but those who know someone suffering a loss.

Book eleven, Susan's Shadow, takes a shift from the more serious topics of the last two books and addresses a concern many growing kids have--getting bigger. Susan wants to be as big as her older brother, not only to do the things he does, but she feels lonely. By weaving this in with a shadow, and Susan's discovery of how a shadow changes due to light direction and other factors, a wonderfully educational read is formed, while letting kids build self-esteem over their own height and physical appearance.

All books are filled with colorful illustrations, which bring the characters and settings to life. There is quite a bit of text, making this a good read for ages 8 and up, but at sixty pages, it doesn't seem weigh down. Each book is broken down into smaller chapters, making it easy for kids to take breaks and come back to the story later. And each book has something for readers to discover, digest and enjoy.

Dr. Julia E. Antoine is the bestselling and award-winning author of many books for children and adults. Her most recent children’s books, Susan’s Shadow and Megan’s Troublesome Pronouns have been released to great reviews. Her children’s book series, Too-Clever, won silver in the Mom Choice Award, ages 9 to 12. She has since written ten individual books in that series. Additionally, writing under her pen name, Ju Ephraime, one of Dr. Antoine’s novels, White Magic Woman, seconded in Amazon’s Breakthrough Novel Award contest, out of over ten thousand entries. She also authored, A Wonderful Piece of Dark Mahogany (Publisher’s Weekly Best Romance Novel, 2013). She is currently working on, But For the Love of My Father, due out this summer. Dr. Antoine lives in Connecticut with her dog, Gus, surrounded by her large collection of books.