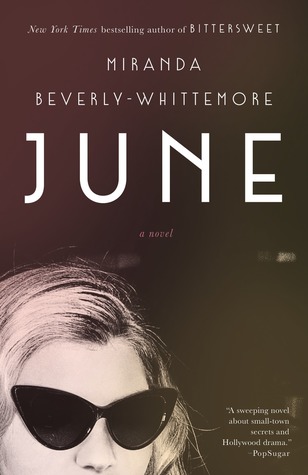 
From the New York Times bestselling author of Bittersweet comes a novel of suspense and passion about a terrible mistake that changed a family forever, now in paperback and featuring an all-new Reading Group Guide.Cassie Danvers is holed up in her family's crumbling mansion in small-town Ohio, mourning the loss of her grandmother, June. But the noise of the rusted doorbell forces her out of isolation. Cassie has been named the sole heir to legendary movie star Jack Montgomery's fortune. Soon Jack's famous daughters arrive, entourage in tow, determined to wrestle Cassie away from an inheritance they feel is theirs. Together, they come to discover the true reason for June's silence about the summer she was eighteen, when Hollywood came to town, and June and Jack's lives were forever altered. Shifting deftly between the past and present, Cassie and her guests will be forced to reexamine their legacies, their definition of family, and what it truly means to love someone, steadfastly, across the ages.

Between past and present, Hollywood and a small town in Ohio-this tale weaves through romance, murder, blackmail, hopes, dreams, love and what family means.

Escaping life, Cassie moves to a run-down mansion she inherited from her Grandmother and buries herself behind its walls until a man appears at her door, claiming she's the forgotten grandchild of a movie star and might have inherited 37 million dollars. This opens up the ghosts of the past, echoing a back and forth between secrets of over fifty years before and a young woman rediscovering herself, the love of a grandmother and those around her.

I loved the way this started out--a house with history, memories and dreams. The author immediately brings the setting to life before diving into Cassie, a character with so many sharp corners that it nearly pricks. But then, all the characters are deep, natural, scarred and a story all in themselves. Especially June, the grandmother who passed away offers a treasure trove of life with all of its lows, highs, deep darkness and light.

The flip-flop between modern day and the past is masterfully laid out, keeping the stories separate and clear, while inter-twining the two tales not only through unsolved secrets but emotions and hope. The truth is well hidden and stacked under so many layers. Each turn uncovers something else and many discoveries come unexpected. It's hard not to get emotionally involved as the worlds from such different directions collide and wiggle their way into a drama, where the characters are hard to forget long after the book has been set down.

The writing pulls into both times, staying descriptive and beautiful while keeping the read quick paced and light. The break-down of the chapters into sections and time periods allows for each episode to unfold without confusion, and draw the reader in before the next flip occurs a few chapters later. Each section draws in, revealing a little more, drip by drip, and keeping the tension high until the very last page.

I received a complimentary copy from Blogging for Books and enjoyed it enough to want to leave my thoughts.

MIRANDA BEVERLY-WHITTEMORE is the author of three other novels: New York Times bestseller Bittersweet; Set Me Free, which won the Janet Heidinger Kafka Prize, given annually for the best book of fiction by an American woman; and The Effects of… More about Miranda Beverly-Whittemore